Cardiac MRI predictors of adverse outcomes in adults with a systemic right ventricle. 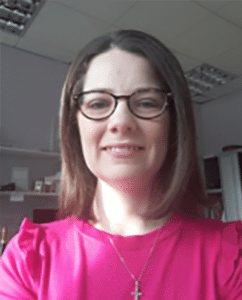 The anatomical right ventricle re-models in order to adapt to function as a systemic ventricle. However, a point is reached where this is maladaptive.

Do MRI measurements of the volume of the systemic right ventricle predict clinical course?

Three primary outcomes studied were death, referral for cardiac transplant and use of ventricular assist device. Degree of tricuspid regurgitation (TR) and medications were analysed.

The MRI images were analysed by manual tracing in end diastole and end systole. The degree of inter rater variability was assessed by 2 reporters blindly analysing the same 10 scans. Receiver operating curves and area under the curve (AUC) were calculated for:

The AUCs were compared using Cox proportional hazard regression analysis using STATA. Adult patients with a systemic right ventricle who were unable to undergo MRI scanning due to presence of a non-MRI conditional device were used as controls.

Baseline cardiac MRI scanning was performed between December 1999 and November 2020 on patients who met the inclusion criteria:

A total of 21 patients (13%) met the primary end point during a follow up period of 1320 patient years. Those with CCTGA were more likely to meet the endpoint (9% versus 21%, p= 0.029). There were 15 deaths, 4 referrals for cardiac transplant and 2 patients were given a ventricular assist device as destination therapy.

Patients with CCTGA and DTGA with atrial switch were analysed separately by univariable and multi variable analysis. Multivariable analysis was performed according to tricuspid regurgitation of moderate severity or more and age at MRI. Separate multivariable analysis was performed in patients with adjustment for tricuspid valve replacement following MRI. In all the above analyses, RVEDVI, RVESVI, RVEF and RV mass remained predictive of the primary end point at the 1 in 20 level (p<0.05). No association between the presence of tricuspid regurgitation of moderate severity or greater and the primary end points were found.

Thirty nine adult patients with systemic right ventricles had non-MRI conditional devices. Eight of these (21%) met the primary end point during follow up and there was no statistically significant difference with the MRI group.

MRI measurements outlined above predict end stage heart failure in patients with systemic right ventricles. This is superior to the use of estimated right ventricular function on 2D transthoracic echo alone when compared with the previous literature.

Positive aspects of the study: