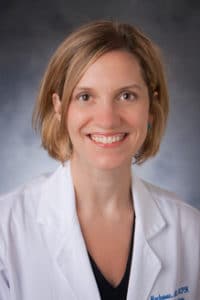 Commentary by Kelly A. Machovec, MD, MPH, Associate Professor of Anesthesiology at Duke University Medical Center:  Rotational thromboelastometry (ROTEM, Instrumentation Laboratory, Bedford, MA, USA) is a viscoelastic test used to monitor bleeding, coagulation and transfusion in the surgical or trauma setting.  The FIBTEM assay of ROTEM assesses the functionality and stability of fibrin polymerization.  The FIBTEM assay is conducted by tissue factor activation of the whole blood sample, followed by addition of cytochalasin D to inhibit the platelet contribution to clot strength, thus isolating the fibrin contribution.  POC ROTEM has been validated against laboratory ROTEM, but ROTEM FIBTEM values have not been validated against plasma fibrinogen concentration as measured by the Clauss method.  The authors of this study aimed to correlate MCF of the FIBTEM with plasma fibrinogen levels by the Clauss method in order to develop an equation to predict plasma fibrinogen levels from FIBTEM MCF results.

This single center retrospective chart review examined consecutive patient charts over a 7-month period.  All charts of children 5 years old or less having cardiac surgery with peri-operative fibrinogen and FIBTEM values were included.  Time points of interest were prior to cardiopulmonary bypass (CPB) initiation, during CPB, and post-CPB separation.  Plasma fibrinogen levels were obtained in the laboratory using the Stago STA compact system, which uses a modified Clauss method to determine the fibrinogen concentration of a given blood sample.  The study team reviewed 50 charts, and found 27 patients who had a total of 87 incidences where FIBTEM MCF and plasma fibrinogen levels were obtained at the same time and could therefore be compared.

The relationship between ROTEM FIBTEM and plasma fibrinogen level must be further explored, and the proposed predictive equation tested in a larger pediatric population.