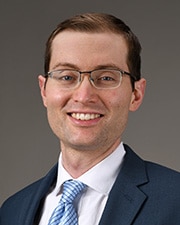 In previously published work1, the authors demonstrated the feasibility of point-of-care ultrasound (POCUS) in measuring signs of diaphragm atrophy and function in mechanically ventilated children.  They tested the hypothesis that diaphragmatic atrophy occurs in mechanically ventilated children at a similar rate as those reported in adults.  Their results demonstrated a correlation between diaphragm atrophy and length of mechanical ventilation (MV) as well as finding that diaphragm contractility was strongly correlated with the spontaneous breathing fraction.  However, the clinical relevance of these measurements remained elusive.

In this newly published prospective, observational study2, the authors build on their previous work by investigating the relationship between diaphragm atrophy and contractility with the need for prolonged post-extubation non-invasive positive pressure ventilation (NIPPV). Inclusion criteria for the study was any patient <18 years old with acute respiratory failure who was mechanically ventilated for more than 24 hours. Similar to their previous study, diaphragm measurements were performed by a single intensivist on the patient’s right hemidiaphragm taken within 36 hours of intubation and within 48-hours preceding extubation.  Diaphragm thickness at end expiration was measured over several time points with decreased thickness acting as an indicator of atrophy.  Thickening fraction (as measured as the change in diaphragm thickness between inspiration and expiration) was used as a surrogate for contractility.  The primary outcome was the need for NIPPV for more than 24 hours after extubation.  As secondary outcomes, routinely practiced extubation readiness tests were correlated with ultrasound measured diaphragm atrophy in a subset of patients who underwent spontaneous breathing trials.

The final data analysis comprised 47 patients who met the inclusion-exclusion criteria. NIPPV usage following extubation was observed in 20 patients, of whom 13 required NIPPV for greater than 24 hours. The need for prolonged NIPPV was associated with longer MV times (median 143 hr. vs 82 hr.) and with increased diaphragm atrophy.  However, the thickening fraction (TF) of the diaphragm did not differ between those with or without prolonged NIPPV.  Only weak correlations between diaphragm atrophy and rapid shallow breathing index and negative inspiratory force prior to extubation were observed. There was no correlation between these measurements and TF.

What does this mean for us?

This study tested the hypothesis POCUS-derived indicators of increased diaphragmatic atrophy and worsened contractility under invasive mechanical ventilation would correlate with the use of prolonged NIPPV following extubation. The study does succeed in showing such a correlation with diaphragm atrophy.  However, this association was not found with regards to diaphragm contractility, as has been seen in the adult literature3.  Unsurprisingly, those requiring prolonged NIPPV also had much longer average lengths of time under invasive mechanical ventilation.  Based on the authors’ previous work, longer mechanical ventilation would have contributed to a greater degree of diaphragm atrophy.

Some of the significant limitations of the study were that it was conducted at a single center, and a standardized sedation and ventilator management protocol was not mentioned in the manuscript. The timing of the ultrasound was also not standardized allowing for wide differences in measurement times between individual patients.

Finally, while POCUS-derived measurements of diaphragm atrophy do correlate with the need for NIPPV, it remains unclear whether this information provides clinically relevant predictive information that cannot be derived from other sources4.  As the authors rightly point out, further study is required to demonstrate the clinical utility of this modality.