Ebstein’s Anomaly: From Fetus to Adult-Literature Review and Pathway for Patient Care

Ebstein’s Anomaly: From Fetus to Adult-Literature Review and Pathway for Patient Care.

This review article aims to cover the pathophysiology of Ebstein’s anomaly including the varying severity and the associated structural, electrical and functional issues with thorough discussion of management. Throughout the article, sections are divided into fetal, neonatal, older children, adolescents and adults. 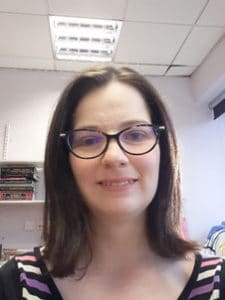 This section sets out the aim of the review

The authors clearly state the hallmark of Ebstein’s anomaly is inferior displacement of the hinge-points of the septal and mural leaflets of the tricuspid valve into the right ventricle. This is due to failure of delamination of the leaflets and they usually form a combined leaflet. The valve annulus and functional orifice are rotationally displaced inferiorly to a varying extent.

SVT, usually AVRT, accounts for 75% and is caused by a combination of discontinuity between the central fibrous body and septal atrioventricular ring and dilatation of the RA.

There is a higher incidence of ventricular arrhythmia following surgery, possible due to ventriculotomy scar.

The most severe forms are associated with early in utero death

Only the more severe forms present this early, generally developing cyanosis and heart failure in the first few days of life. Whilst the PDA is open and pulmonary vascular pressures are high, the small RV may not be able to generate high enough pressures to open the pulmonary valve, creating functional pulmonary atresia. Closure of the PDA can both improve and worsen symptoms

Older adults may present with cyanosis due to increased stiffness of the RV and bi-directional shunting across the ASD. They may also present with heart failure.

Older patients with Ebstein’s anomaly may struggle during exercise due to:

Neonatal presentation 18% babies die in the first 28 days of life, 30% die before age 10 years and median mortality is 20 years

The mainstay of fetal investigation is fetal echocardiography

Post natally (some of these investigations are obviously only appropriate in older children and adults):

Particular focus is given to the degree of apical displacement of the septal leaflet. >=15mm in children and >=20mm in adults is diagnostic. The Great Ormond Street Equation based on RA to LV+LA+RV ratio is also referred to but the clinical significance is not clear

Similarly, the Carpentier classification is detailed

Holter monitors may be particularly useful in picking up pre-excitation. The 70 year risk of sudden cardiac death is 15%.

MRI may be useful in patients with poor echo windows and is the gold standard for right heart volumes.

Indications for surgery include

Cardiac catheterisation may be beneficial for evaluation of pulmonary vascular resistance pre operatively, or for device closure of the ASD

Surgery in adolescents and adults:

Cardiac transplantation should be considered where there is no other good surgical option or severely impaired LV function.

This section is short, mentioning fetal growth restriction in cyanosed women with up to 6% offspring having a form of congenital heart disease. Otherwise, pregnancy is well tolerated.

This is more a brief summing up statement than a conclusion

The section on associated cardiac abnormalities is excellent, particularly comprehensive.

The cone repair is explained without the use of diagrams, making it extremely difficult to visualise