2019 | Congenital Heart and Pediatric Electrophysiology | May 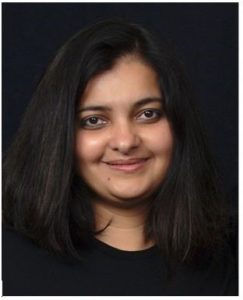 Comment from Dr. Khyati Pandya  (Mississippi), section editor of Congenital Electrophysiology Journal Watch:  Major advances in the field of molecular genetics have expanded our ability to identify genetic substrates underlying the pathogenesis of various disorders that follow Mendelian inheritance patterns. Included among these disorders are the potentially lethal and heritable channelopathies and cardiomyopathies for which the underlying genetic basis has been identified and is now better understood (Ackerman et al).

Advances in sequencing technology have expanded testing panels for inherited cardiac conditions and driven down costs, further improving the cost-effectiveness of genetic testing. However, this expanded testing requires great rigor in the identification of pathogenic variants, with domain-specific knowledge required for variant interpretation (Walsh et al).

The table below is a comprehensive list of the major genes associated with various inheritable cardiac disorders. (Walsh et al; Clinical Chemistry 63:1 116–128 (2017) ) 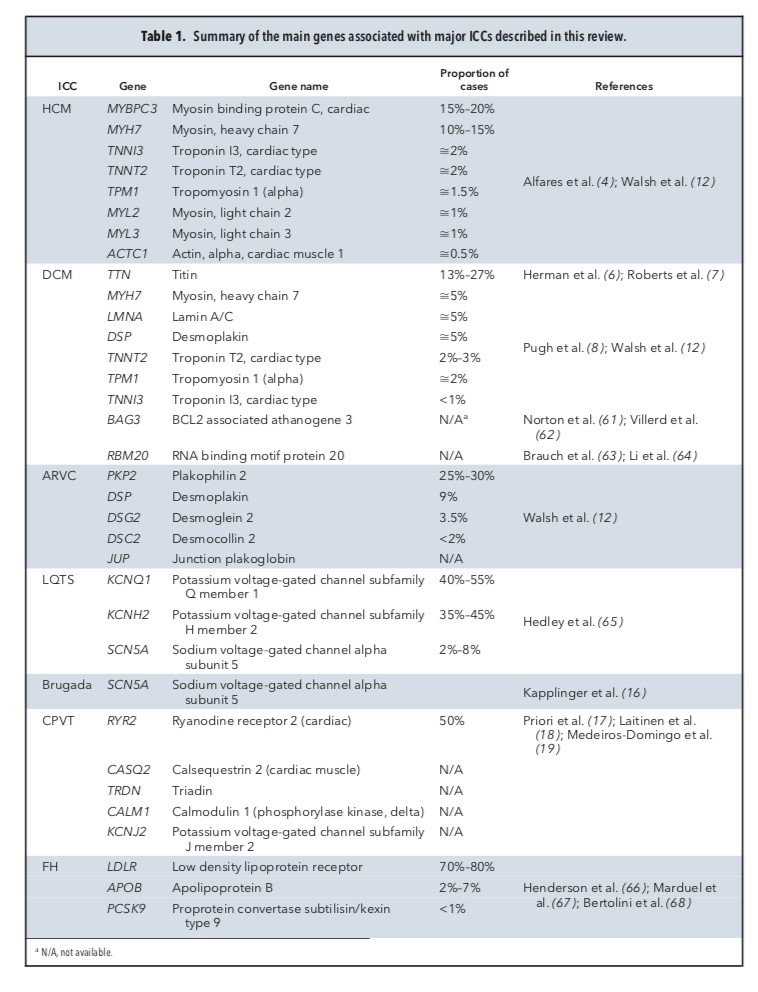 There are significant challenges to the establishment of clinical cardiovascular genetics programs (CVGPs) in smaller programs, as these require presence of on-site clinical geneticist, genetic counselors and a significant time commitment from multiple specialties for effective coordination. The presence of remote support from genetic counselors via telemedicine may serve to mitigate this problem. A lot more remains to be desired regarding insurance coverage for genetic testing, although, it has considerably improved compared to previous. 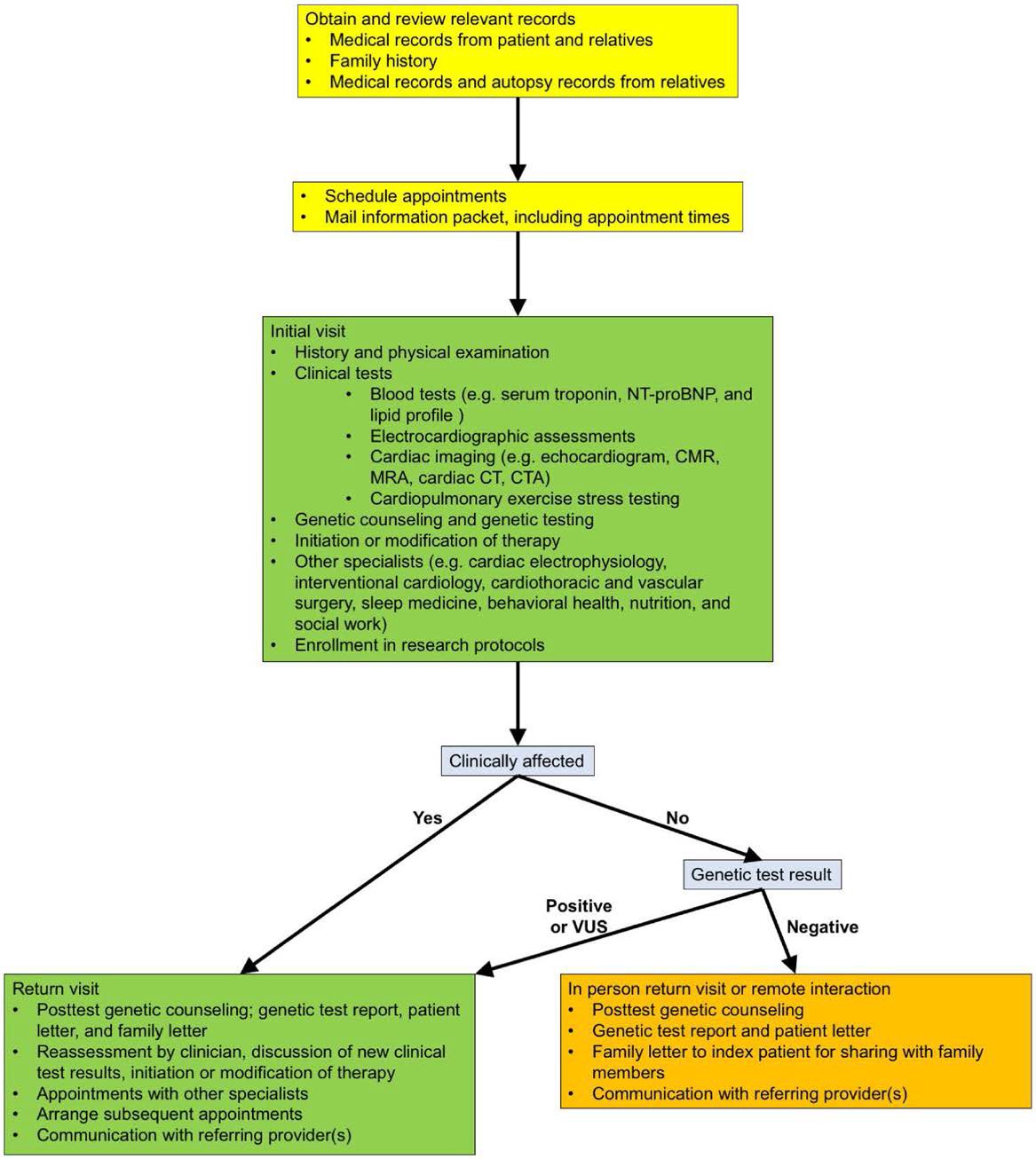 Illustrative workflow for evaluation and management in a cardiovascular genetics program clinic of new patients who do not have a known pathogenic variant. 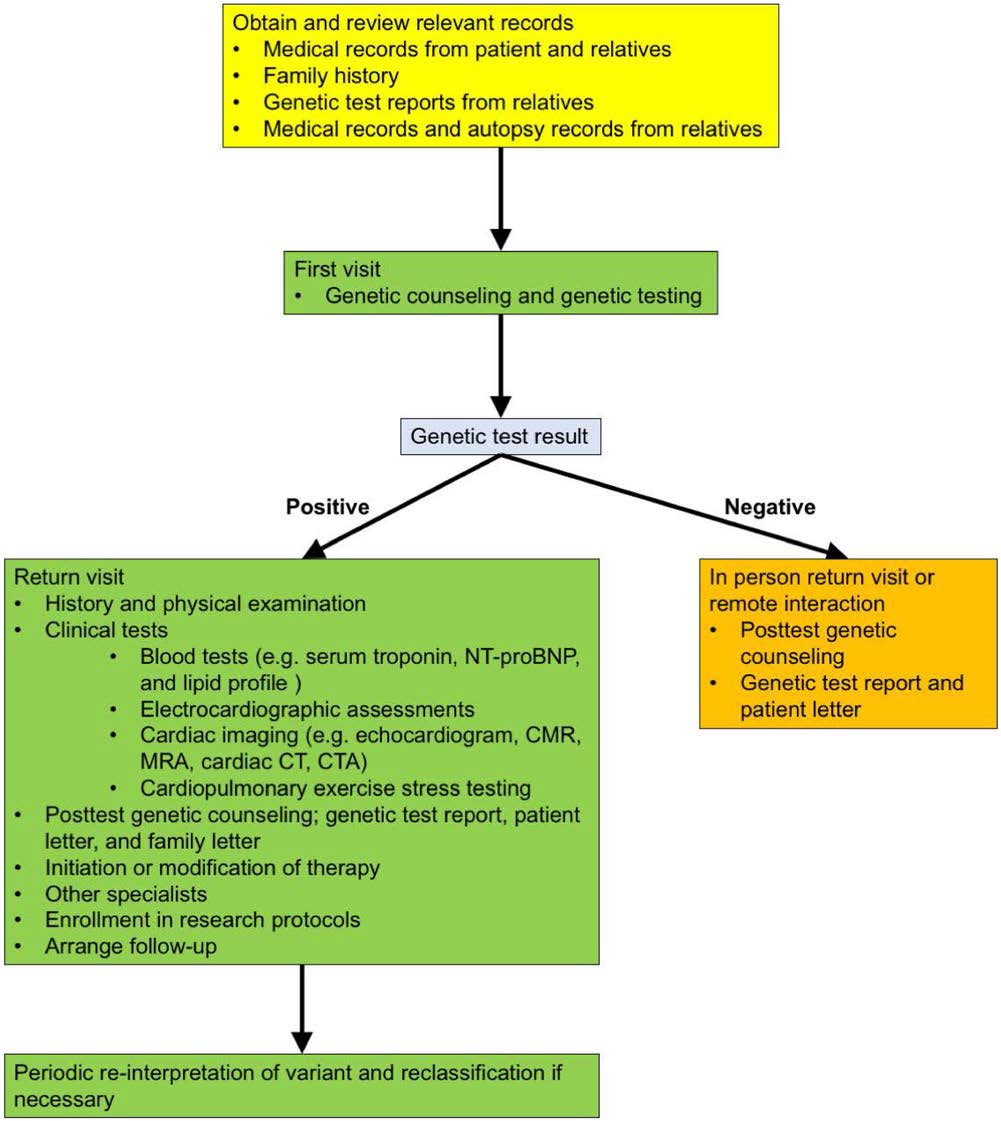 Illustrative workflow for evaluation and management in a cardiovascular genetics program clinic of members of families with a known pathogenic variant.

The principal benefit of clinical genetic testing in the current era, is the cascade screening of family members of patients with a pathogenic variant, enabling targeted follow up of presymptomatic genotype-positive individuals and discharge of genotype-negative individuals to health. For the proband, diagnostic sequencing can also be useful in discriminating inherited disease from alternative diagnoses, directing treatment, and for molecular autopsy in cases of sudden unexplained death. Advances in sequencing technology have expanded testing panels for inherited cardiac conditions and driven down costs, further improving the cost-effectiveness of genetic testing. However, this expanded testing requires great rigor in the identification of pathogenic variants, with domain-specific knowledge required for variant interpretation. Diagnostic sequencing can potentially become an integral part of the clinical management of patients with inherited cardiac conditions. However, to move beyond just confirmatory and predictive testing, a much greater understanding is needed of the genetic basis of these conditions, the role of the environment, and the underlying disease mechanisms. With this additional information it is likely that genetic testing will increasingly be used for stratified and preventative strategies in the era of genomic medicine. The establishment of CVGPs is probably the most effective and comprehensive method for diagnosis and treatment of a wide array of heritable cardiac conditions, that, heretofore, remained somewhat elusive. These programs are up and running in some major/ tertiary institutions. However, making this a routine practice for diagnosis of heritable cardiac conditions, would be the standard of care. Till such time, that the creation of CVGPs is made uniform practice, a primary need, is establishing screening programs. These maybe in the form of community screening which in turn maybe achieved by distributing screening questionnaires to identify individuals at risk for sudden cardiac death, premature atherosclerosis or heart failure. Once identified, these patients can then be referred to CVGPs for further investigations. Genetic counselors form the cornerstone of CVGPs and serve as a liaison between the clinician and the patient. As of today, cardiogenetics largely remains underutilized due to various factors. A fully established CVGP is an exciting frontier for identification and management of heritable cardiac conditions. Collaborating with the coroner for cascade screening of families of young individuals who have suffered sudden cardiac death cannot be overemphasized.