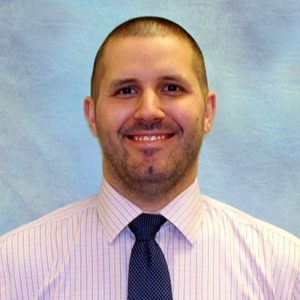 Commentary from Dr. Ryan Romans (Kansas City, MO), section editor of Congenital Heart Disease Interventions Journal Watch:   Transcatheter PDA closure (TC-PDA) is at least as safe and as efficacious as surgical ligation and offers a lower morbidity option. It has long been the standard for larger infants, children, and adults. The number of available devices that are able to be delivered through small sheaths has led to improved outcomes in TC-PDA and allowed for closure in smaller infants who were previously routinely referred for surgical PDA ligation. Left pulmonary artery (LPA) stenosis and aortic coarctation are known concerns in this patient population and are well described. However, longer term outcomes of these complications are not known.

Tomasulo et al. report on a retrospective analysis of all infants ≤ 4 kg who underwent TC-PDA from 2007-2018. A total of 44 infants met inclusion criteria and had successful TC-PDA. The median weight was 2.8 kg (range 1.2-4 kg), with a trend towards lower weights later in the study time frame (6/10 from 2018 weighed <2 kg). The majority of patients (30/44) underwent PDA closure with an Amplatzer Vascular Plug II (AVP-II), 10 with an Amplatzer Duct Occluder II-Additional sizes (ADOII-AS, now known as the Piccolo device), 3 with an Amplatzer Duct Occluder I (ADO1), and 1 with an Amplatzer Vascular Plug I filled with 3 Cook embolization coils. The devices were placed via an antegrade approach from the femoral vein in all patients. Arterial access was obtained in 59% of patients, though in only 3/17 patients since 2017 (and none who had an ADOII-AS device placed). Type F (61%) and Type C (23%) PDAs made up the large majority of cases.

Of the 44 patients, 39 had post procedure echocardiograms performed, all of which showed complete closure of the PDA. Angiography showed mild or less residual shunt in the other 5. Median follow up was 0.7 years (range 2 days-7 years) with 38 patients having assessment for LPA stenosis and aortic coarctation. Of these 38 patients, 21 patients (55%) had obstruction in at least 1 vessel. A total of 17 patients had mild flow acceleration (defined as an echocardiographic flow velocity of 1.5-2 m/sec) or stenosis (flow velocity >2 m/sec) in the LPA (though 3 of these already had flow acceleration/stenosis on their pre procedure echocardiogram). The majority of these improved as shown below. Those who developed LPA obstruction were younger, had larger PDAs, and were less likely to have an AVP II device placed. 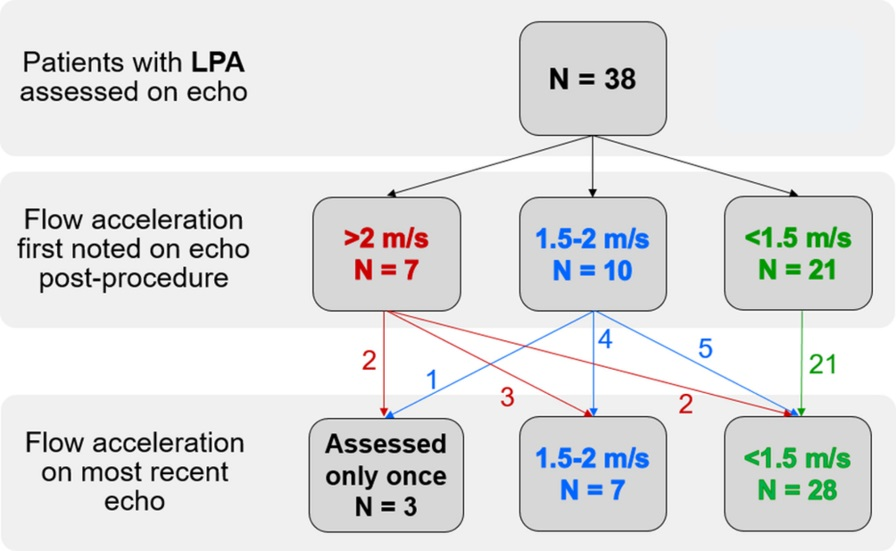 A total of 4 patients developed flow acceleration in the aorta (flow velocity 1.5-2 m/sec) and 3 developed mild aortic coarctation (flow velocity >2 m/sec). Of these, 4/7 had improved at the time of last follow up as detailed below. Lower birth weight was the only statistically significant factor associated with aortic obstruction, though there was a trend towards later gestational age and shorter PDAs. 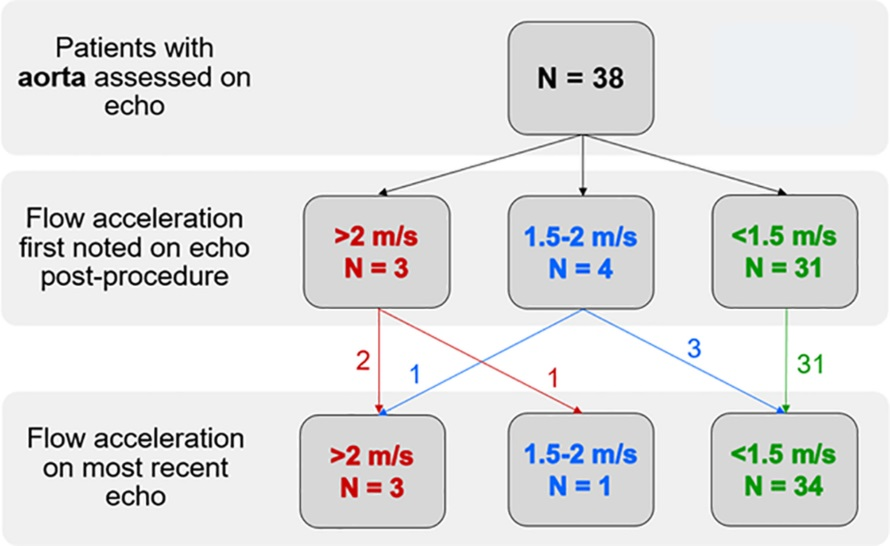 This study confirms that LPA and aortic obstruction are frequently seen in TC-PDA in small infants. However, the amount of obstruction seen is typically quite mild and likely clinically irrelevant. Additionally, most of the obstruction improves over time and none of the patients in this cohort required additional intervention (though other studies on TC-PDA closure in small infants have shown a small number requiring intervention). While this study adds reassuring information to the literature, the types of devices being used in this population is changing. The Piccolo device now has FDA approval for TC-PDA in this patient population and is now most interventionalists go to device. Additionally, the MVP microvascular plug (Medtronic) has frequently been used for TC-PDA closure in small infants and is not reported on in this study. Future studies are warranted to evaluate these known problems with the devices that are more frequently used today.