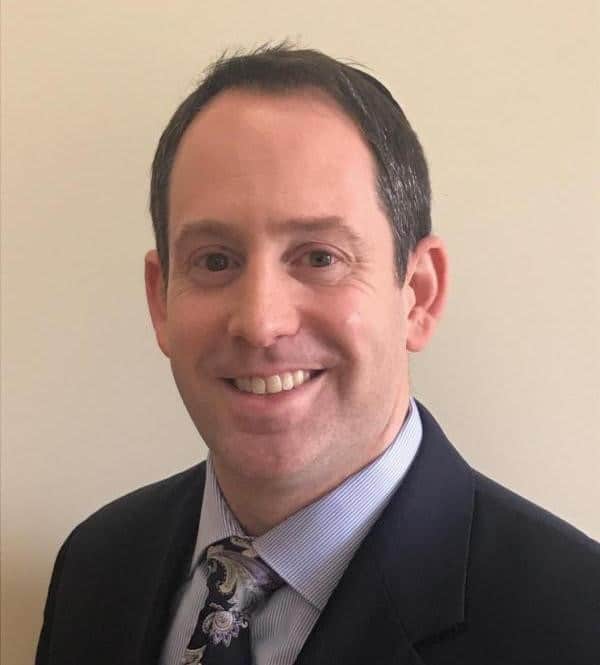 Commentary from Dr. Jared Hershenson (Greater Washington DC), section editor of Pediatric Cardiology Journal Watch: As survival has improved dramatically for CHD over the past 40 years, decisions regarding the acceptability of comfort care would seemingly change. Balancing short term and long term mortality data along with morbidities, whether cardiac or neurodevelopmental, is necessary for physicians to help counsel families appropriately. Given the complexity of CHD, it can be difficult for families to truly understand the risks, and defaulting to parental decision-making may not be the most ethical course of action. This paper describes an interesting and basic survey of pediatric cardiologists and CV surgeons at 4 sites to determine the acceptability of overriding parental refusal of surgery for various forms of isolated CHD or associated with various genetic syndromes. 4 choices were provided: (1) agree and support parents who choose not to pursue surgical intervention; (2) disagree but support parental decision; (3) disagree, would not support parental decision, but would not interfere with the decision; and (4) disagree and would seek legal action to pursue surgery. Opinions were cross referenced with STS data regarding surgical mortality for each lesion.

135 physicians were surveyed and there were no statistically significant differences between site location. Table 2 shows physician choice for each lesion. Table 3 shows the percentage of physicians who would seek legal action along with published mortality rates. Figure 1 shows a regression line to demonstrate the strength of correlation between surgical mortality and willingness to pursue legal action. For mortality less than 4.5%, most physicians would seek legal action. Associated genetic syndrome, especially trisomy 13 or 18 strongly decreased the likelihood of recommending surgery.

There are a few interesting points brought in the discussion. First, STS data alone is not always enough to make a decision regarding care. Especially for a single ventricle lesion, this does not capture survival to the following stages of palliation or include life expectancy and morbidity, which can strongly influence decision making. Additionally, ductal dependent lesions, in which non-intervention would lead to “quick” demise may be different than those that could lead to a shorter life expectancy but have profound and progressive future cardiac symptoms and medical problems. Additionally, genetic syndromes influence opinion, and interestingly, the presence of Down syndrome with an AVSD resulted in a lower number of physicians who would seek legal action, even though published mortality rates are lower than those without Down syndrome. The authors also conject that lesions such as Shone syndrome that have uncertainty with future outcomes could influence physician opinion. Fetal counseling or discussion regarding termination was not addressed in this survey, and could be confounded by politics or religious beliefs. 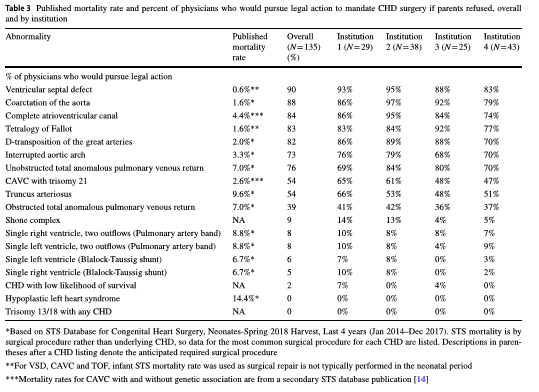