Post-operative Morbidity and Mortality After Fontan Procedure in Patients with Heterotaxy and Other Situs Anomalies. 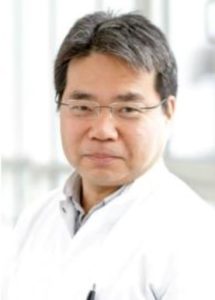 Using the Pediatric Health Information System (PHIS) data system, this study was designed as a multicenter, retrospective cohort investigation of all patients cared for in the children’s hospitals within the Children’s Hospital Association (CHA) who met study inclusion criteria.

In conclusion, the authors demonstrated that patients with H/SA are at increased risk of post-operative morbidity and mortality including in-hospital mortality or OHT, acute kidney injury (AKI) requiring hemodialysis, and prolonged mechanical ventilation and vasoactive use after single ventricle palliation with the Fontan procedure.

This study leveraged the strength of a large, multicenter US administrative database to provide a more nuanced understanding of outcomes in this difficult and relatively rare subgroup of patients with single ventricle heart disease. The main significance of the study is that, on a multicenter scale and in a relatively similar set of patients and procedures, patients with heterotaxy have increased post-operative respiratory support needs and a higher rate of acute kidney injury requiring dialysis. These findings provide two potentially modifiable targets to decrease the increased mortality observed in this cohort.

It is well known that patients with Heterotaxy and single ventricle heart disease is a well-described risk factor for poor prognosis. Mortality during first stages of palliation is high, but may improve after the Glenn procedure, with recent survival estimates of 60% at 10 years. This is linked to associated cardiac disorders, such as obstructed pulmonary venous return, atrioventricular valve regurgitation, and anomalous systemic venous return. However, recent Fontan registry reports from Australia and New Zealand have shown equivalent survival of patients with heterotaxy compared to others after hospital discharge.

In this study, post-operative day 0 extubation was strongly associated with non-mortality. They observed that patients with H/SA have lower rates of early (post-operative day 0) extubation and higher rates of prolonged mechanical ventilation. They postulate that intrinsic respiratory compromise related to ciliary dysfunction might contribute to the observed association of H/SA and prolonged respiratory support needs.

In this study, the authors hypothesized that patients with H/SA would have higher rates of AKI requiring hemodialysis, as we had described in this patient group after OHT. Indeed, we observed increased rates of AKI requiring hemodialysis after Fontan surgery in patients with H/SA, though the overall incidence was low. They speculated that heterotaxy is associated with increased rates of genitourinary malformations and an additional mechanism may be related to underlying ciliopathy, which has been associated with renal dysfunction. Both motile and non-motile cilia are important in establishment of left–right differentiation and non-motile ciliopathy is associated with polycystic kidney disease.

The race and gender might be an important factor. They observed a higher proportion of Hispanic and Asian patients, as well as fewer males, in the H/SA group. This is in concordance with birth defect registries that suggest a predominance of females and Hispanic ethnicity. Series from Taiwan, Japan, and Korea have all reported heterotaxy in approximately one-third of patients who underwent Fontan palliation.

We should remain vigilant and attentive to renal and respiratory complications to continue to improve surgical outcomes in patients with heterotaxy syndrome and single ventricle heart disease.