Stroke in patients with secundum atrial septal defect and sequelae after transcatheter closure. 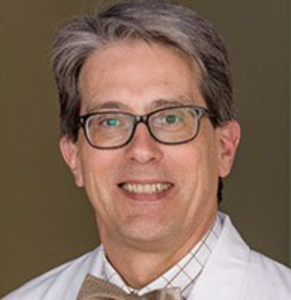 Atrial septal defect is a common congenital heart defect with an incidence of approximately 1 in 1000 live births. This is one of the most common congenital heart defects encountered in adulthood. Adult patients, not diagnosed in childhood, can present with fatigue, decreased exercise tolerance, heart failure, pulmonary hypertension, and stroke. The risk of stroke in this populations varies between 4 and 14% and is typically ascribed to paradoxical embolism or atrial arrhythmias. Transcatheter closure with an atrial septal defect closure device is the most common treatment option offered in this population; in those patients amenable to this therapy, successful closure rate approaches 98%. This treatment may prevent stroke from embolism but not from atrial arrhythmias. The aims of this study were to evaluate 1) the prevalence and associated risk factors of stroke in patients with an ASD in the absence of atrial arrhythmias and 2) the occurrence of atrial arrhythmias and strokes in patients after transcatheter closure of ASD.

This is a single center, retrospective review of 346 adult patients, diagnosed with an atrial septal defect without atrial arrhythmias (PFO was excluded) who were subsequently treated with transcatheter atrial septal defect occlusion devices over 16 years (2002-2018). Median age was 44 years, 60% were female, BMI > 25 was present in 54%, and 15% were active smokers. The median ASD diameter was 15 mm (12-19 mm range). Of these 346 patients, 10% (34 patients) presented with a stroke. Holter was negative in all 34 and carotid US was negative in the 27 of 34 patients who had carotid imaging.

In this cohort, the risk factors for stroke in patient with ASD (pre-occlusion) were BMI > 25, active smoking and presence of a prominent Eustachian valve on echo. A risk score for ASD and stroke was developed by the authors based on these data (smoking 1 point, Eustachian valve 1 point, BMI > 25 2 points); stroke risk increased with higher scores with a 90% risk with a score of 4.

Post ASD closure, 4% of patients developed AF. Those patients were older, had a higher incidence of hypertension, LA enlargement, and higher estimated right atrial pressure on follow up echocardiography. Post closure, four (4) patients (1.3%) suffered stroke. Of the four (4), three (3) were men. All four had complete occlusion by echo but 3 of 4 had developed new onset atrial fibrillation 12-18 months post occlusion. All patients were on aspirin therapy but none of the four were on anticoagulation. Post occlusion freedom from stroke was 53% in patients with ASD closure and AF and was 99% in patients with ASD closure without AF.

Limitations of the study were 1) retrospective nature, 2) absence of carotid ultrasound studies in 21% and 3) non-systematic evaluation for AF (holter, inpatient monitoring information) so some patients with intermittent AF may have been missed.

Overall, this is an interesting study that addresses two interesting questions about strokes in ASD patients and provides a potential predictive risk score. In addition, it further supports that post closure stroke can still occur from AF.