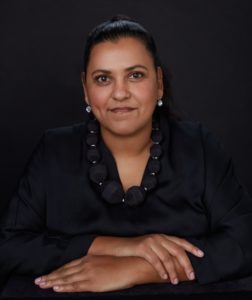 Commentary from Dr. Blanche Cupido (Cape Town, South Africa), section editor of ACHD Journal Watch: Atrial septal defects represent the most common form of congenital heart disease (10-15%). A Qp:Qs ratio of over 1.5 is an indication for percutaneous or surgical closure. Even post closure, there remains an increased risk of arrythmias with potential neurological complications. In light of this, cardiac chamber remodeling may be an important determinant of long-term outcomes. This is a single center study conducted at a tertiary cardiology unit in Korea aimed at assessing ventricular remodeling post-ASD repair by utilizing cardiac magnetic resonance imaging (CMR).

Patients who underwent surgical ASD closure between November 2017 and January 2019 and had consented for CMR were included – a total of 13 patients. Clinical, demographic and echocardiography data was obtained from folder review. All patients had CMR imaging pre-operatively, at one month post-op and at 1 year post op.

Of the 13 patients, 12 had an ASD patch closure and one a primary closure. No early or late surgical mortality nor any surgery-related morbidity was noted. At one year follow-up, all but one patient showed resolution of symptoms. The pre-operative NT proBNP showed a trend (non-significant) to increase at one month post-op (83pg/ml to 167pg/ml, p=0.059) and then a reduction by one year post-op to 105.5pg/ml (p=0.118). 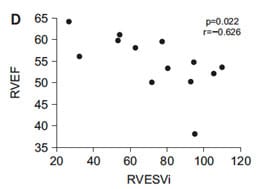 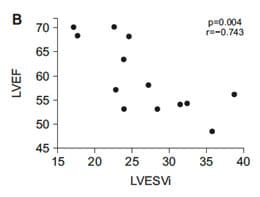 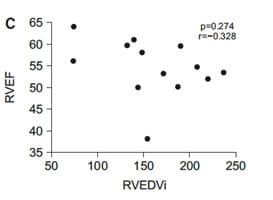 No significant differences were seen between NT-pro-BNP levels and any of the CMR parameters (p >0.05 for all).

Tricuspid valve regurgitation (TVR) also showed a decrease over time. The pre-operative LVEDVi and LVESVi increased at one month and then remained unchanged at one year. 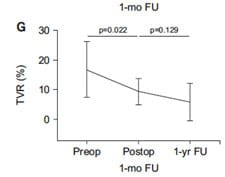 There was no significant change in LVEF at one month or one year follow-up. 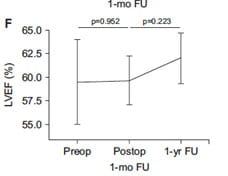 Late gadolinium enhancement was detected in 12 out of the 13 patients on the pre-operative CMR. At the RV basal septum insertion point. In 7 patients (53.8%) this was still present at the same intensity at one year follow-up.