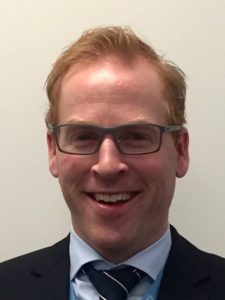 Commentary from Dr. Timothy Roberts (Melbourne, Australia), section editor of ACHD Journal Watch: Surgical and catheter interventions to reduce right ventricular (RV) volume overload are common in the ACHD population, including closure of atrial septal defects (ASD) and pulmonic valve replacement (PVR). However, the effect of RV volume reduction on pre-existing tricuspid regurgitation (TR) following ASD closure and PVR is largely unknown and thus indications for concomitant tricuspid valve (TV) surgery at the time of such procedures is largely at the discretion of the surgeon and ACHD team. The aim of this study was to examine the effect of interventions aimed at reducing RV volume overload on pre-existing TR, and the additional contribution of concomitant TV surgery.

This was a single-centre retrospective study of patients treated between 2005 and 2014 at The Royal Brompton Hospital, London.

Changes in echocardiographic parameters at six and twelve months are shown below in Table 2 and figure 2: 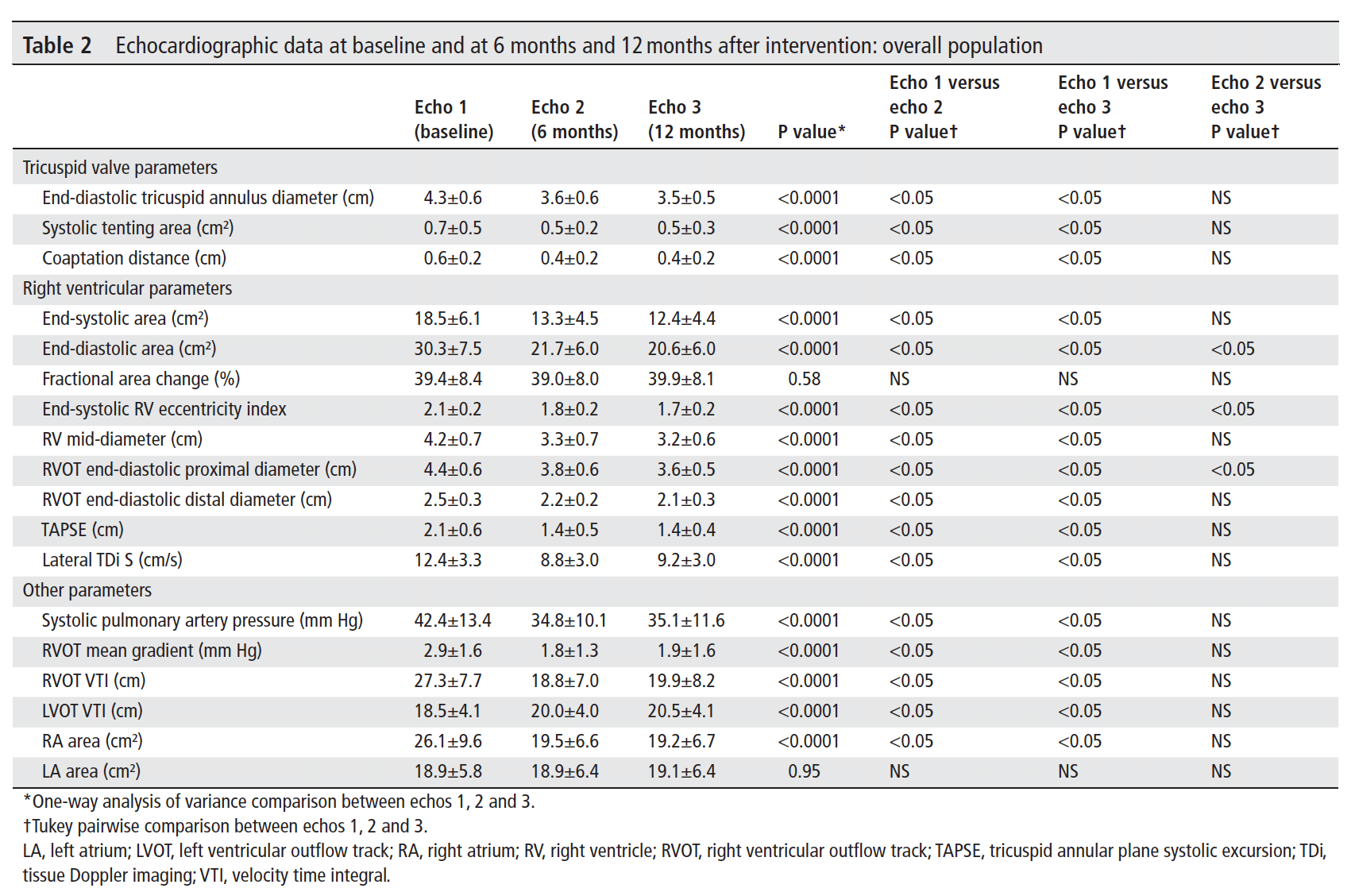 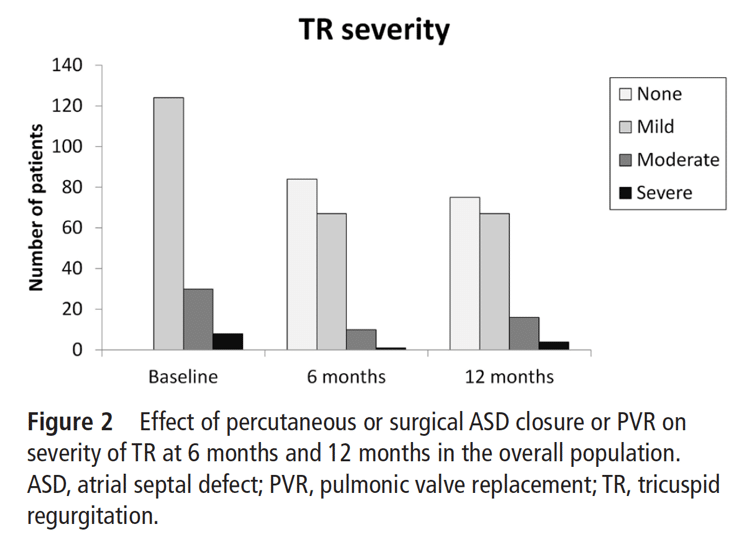 Key changes six months after intervention included a significant reduction in TR severity in the overall cohort, tricuspid annulus diameter, systolic tenting area, coaptation distance, RV area, 2-D sizes, and right atrial area. Less change was seen at 12-month follow up. Those with moderate or severe TR 6 months after intervention had worse pre-operative functional class compared to those with less TR. No differences in RV size and function parameters was seen between those with and without residual TR after repair.

Reduction in TR severity was seen in both the ASD/PAVR and TOF/PS groups (figure 3) with no difference in residual TR between groups (5.9% vs. 8.2% respectively, P=0.75):

Reduction in TR was also seen after excluding those who underwent TV repair at the time of surgery (figure 4):

Severity of TR was reduced following RV volume-offloading procedures (ASD closure, PVR for pulmonic regurgitation), in addition to reduction in RV and RA size, irrespective of intervention on the tricuspid valve. Most positive remodeling of the right heart was seen within 6 months of intervention. Baseline right atrial size was predictive of persistent TR at 12 months on multivariate analysis.

The key limitation of this paper is the retrospective data. Nonetheless the sample size is strong for a congenital heart disease cohort, and reflective of the general ACHD population. The authors correctly warn against direct comparisons between those who underwent TV repair and those who did not given differences in baseline TR severity.

Further studies are required to better identify patients who should be offered TV surgery. In the meanwhile, decisions to intervene will likely continue to be made on a case-by-case basis by the cardiac surgeon and/or ACHD team.