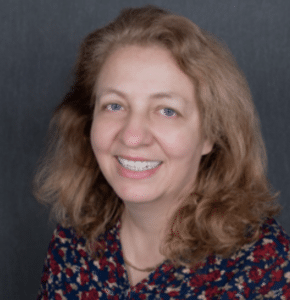 Serotonin is a signaling molecule involved in embryogenesis. Several studies have shown increased incidence of septal defects, RVOT abnormalities and Ebstein’s anomalies in liveborn infants, while little is known about the effects of SNRIs in the development of CHD.

All studies investigating these effects to date are limited to live births.

The current study evaluates the association between first trimester use of SSRIs and SNRis and risk of cardiac malformations among clinically recognized pregnancies over 11 weeks, regardless of survival.

This was a prevalence study based on routinely collected data from nationwide registries in Denmark that register pregnancies, terminations, deliveries, malformations diagnosed both prenatally and postnatally and prescriptions. The study population included all pregnancies alive at 11 weeks between November of 2007 and February of 2014. The individuals were categorized in 3 groups in terms of exposure to antidepressants: unexposed, exposed and former users. Medications were classified as any antidepressant, SSRI, SNRI, tricyclic antidepressants (TCA) and other.

The prevalence of cardiac malformations (CM), both severe (SCM) and non-severe (non-SCM) among 1st trimester users of antidepressants was 12/1000. Among the SCM, 24 % were terminated, and would not have been captured in studies of live births.

As venlafaxine resulted in a significant increase in the development of HLHS, and those fetuses were more likely to be aborted in Denmark, the association would not have been evident if only live births were evaluated. A typical analysis restricted to live births yielded the PRs for venlafaxine 0.62 (95% CI 0.09–4.40) and for SSRIs 1.87 (95% CI 1.00–3.48).

First trimester exposure to antidepressants is associated with a 30% increase in severe cardiac malformations, and a 65% increase in the prevalence of non-severe cardiac malformations. Specifically, SSRIs were associated with increase in non-SCM, while venlafaxine increases the prevalence of SCM and especially HLHS with a PR of over 17. It is important to note however that still the absolute risk is low at 4.4/1000 and risk and benefit should be taken into consideration when treatment decisions are being made. Given the high termination rate in the Danish population of fetuses with HLHS, this association would not have been discovered in a study evaluating only live births.