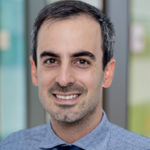 There is a limited body of literature for the applications of cardiac resynchronization therapy (CRT) for adult patients with congenital heart disease (CHD), however, much of what has been published has focused on the heterogeneous CHD population as a whole. The study by Jacquemart et al. provides a focused analysis on the outcomes of CRT in patients with systemic right ventricles (SRV’s).

This was an observational retrospective multicenter study, collecting data from 6 French centers for patients implanted with a CRT-P or CRT-D device between 2004-2020. A total of 85 patients were enrolled, of which, 31 with SRV (36.5%) consisting of patient with ccTGA or D-TGA with an atrial switch (Figure 1 shows a detailed breakdown of the population). 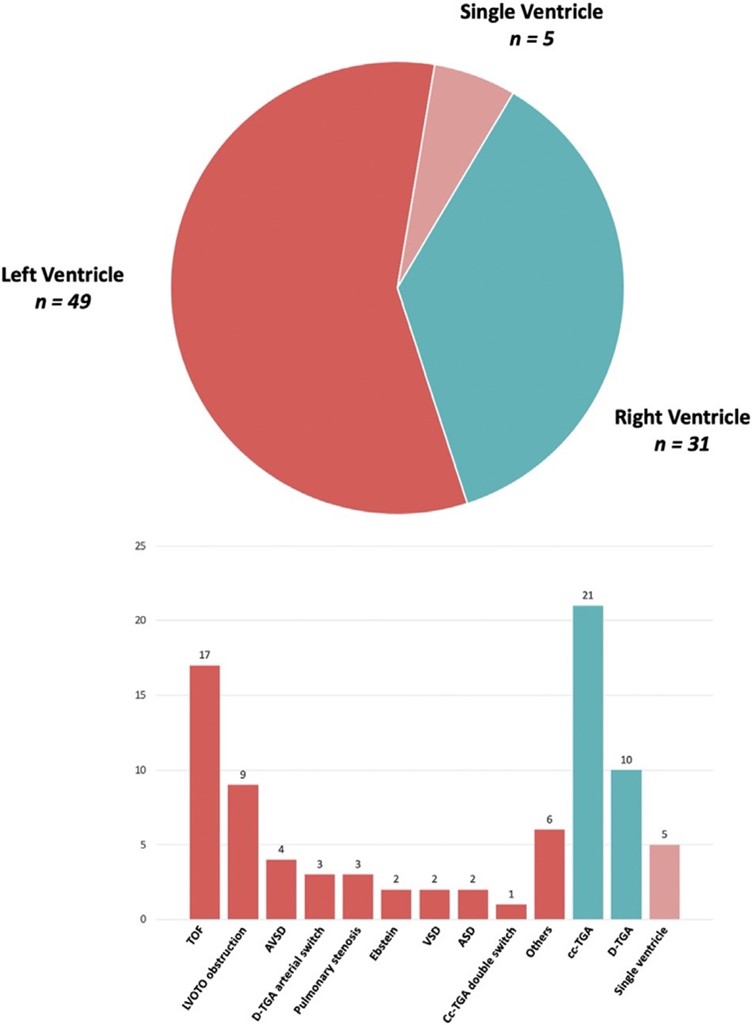 When comparing between those with SRV’s versus those with systemic left ventricles (SLV’s), at baseline, those with SRV’s had a lower number of cardiac surgeries, lower proportion of documented atrial arrhythmia, and lower median systemic ejection fraction. Lead placement was at the discretion of the operator, and no systematic electrical mapping was performed. Amongst the 31 patients with SRV’s, CRT lead was placed by endovascular approach in 12, epicardial in 12, and hybrid in 7. The majority of patients had a prior pacing system and a median baseline QRS duration of 166 ms ± 35.4 ms.

In patients with SRV, following CRT implantation there was a mean decrease of -46 ms in QRS duration with no significant difference between patients with ccTGA vs. D-TGA. At 6, 12 and 24 month follow up, the rate of CRT responders was 82.6%, 80.0%, 77.8% respectively, which was higher than those with SLV’s, but did not achieve statistical significance (see figure 4 below showing a detailed comparison between groups). When comparing between responders and nonresponders in the SRV group, those who were CRT responders had a higher baseline systemic ejection fraction and higher proportion of epicardial or hybrid CRT systems. 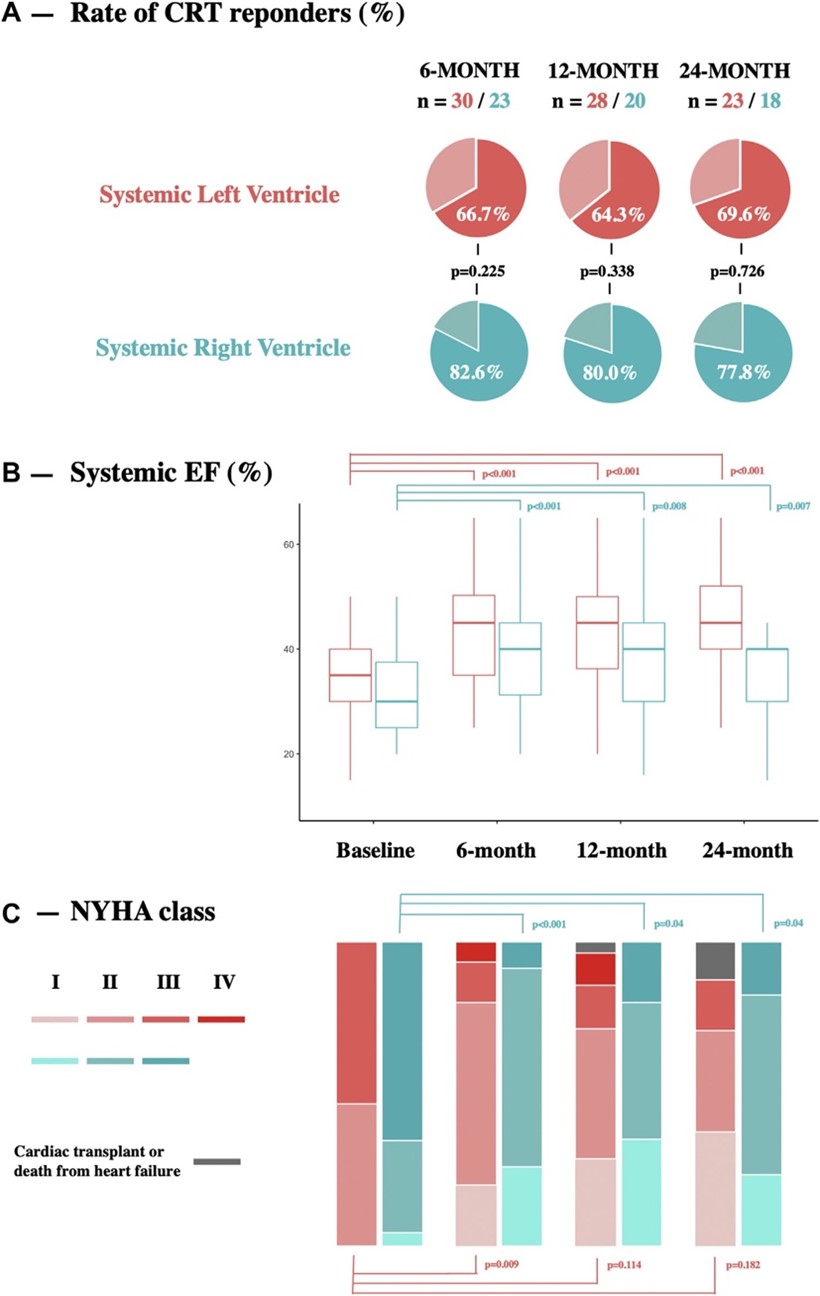 The present study underlines the importance of CRT therapy in the growing adult CHD population and demonstrates encouraging findings with regards to CRT in patients with SRV’s. The study also highlights the need for further research to identify predictors of CRT response in disease-specific populations.

In a population of patients with SRV’s the authors demonstrated a high rate of response (~80%), with the highest proportion of responders among those with higher baseline systemic EF’s and those with epicardial or hybrid implanted CRT devices. The authors hypothesize that CRT may be less effective in patients with severely advanced systolic dysfunction of the SRV, which further emphasizes the need for early consideration of CRT in this population. Prior smaller studies have sought to describe the anatomic constraints and procedural challenges of resynchronization in this SRV patients, and this study further elucidates the need for an established optimal lead location and placement approach.