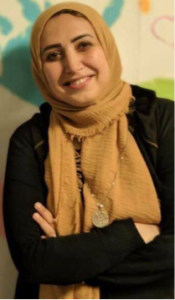 TOF is one of the most common CHD, with excellent survival into adulthood when surgical repair is performed early in childhood. However, progressive RV dysfunction, due to residual pulmonary incompetence, and LV dysfunction are believed to from a substrate for electrical instability, resulting in both atrial and ventricular tachyarrhythmias.

Ventricular strain is a measure of relative deformation in a certain direction, with the unit percentage. In contrast, strain-rate measures the rate of this deformation, and therefore provides conceptually different information regarding myocardial performance. Furthermore, strain rate can be measured during both contraction phase and relaxation phase, providing information on systolic and diastolic function. The predictive value of CMR derived strain-rate parameters has not been reported previously in patients with repaired TOF. Thus, it remains unknown whether the conceptual differences between strain and strain-rate translate into different prognostic potential.

The aim of this study was to investigate the value of both CMR-feature tracking derived strain and strain-rate as predictors for VT, and additionally as a predictor for deterioration of ventricular function on CMR in patients with repaired TOF.

Patients with repaired TOF who underwent CMR investigation were included. Strain and strain-rate of both ventricles were assessed using CMR feature tracking.

The primary outcome was a composite of the occurrence of sustained VT or non-sustained VT requiring invasive therapy. The secondary outcome was analyzed in patients that underwent a second CMR after 1.5 to 3.5 years. Deterioration was defined as reduction (≥10%) in right ventricular (RV) ejection fraction, reduction (≥10%) in left ventricular (LV) ejection fraction or increase (≥30mL/m2) in indexed RV end-diastolic volume compared to baseline.

In total, 172 patients were included in this study, with a median age at the time of CMR examination of 24.3 years (interquartile range (IQR)15.9–35.4). Due to significant artifacts, 11 patients were excluded. 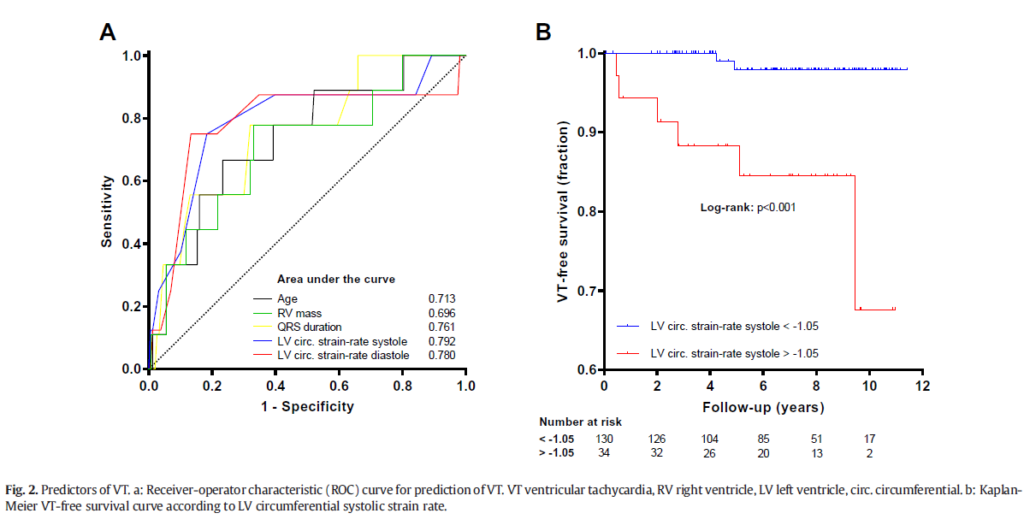 The present study shows that systolic LV circumferential strain-rate is a strong predictor for the primary endpoint of VT, independent of conventional variables in a population of both children and adults with repaired TOF.

As surveillance for potentially life-threatening arrhythmias and ventricular deterioration is key in the long-term clinical follow-up of repaired TOF, the current study suggests that strain-rate parameters may improve risk stratification in these patients.