Decreasing Interstage Mortality After the Norwood Procedure: A 30-Year Experience

Decreasing Interstage Mortality After the Norwood Procedure: A 30-Year Experience. 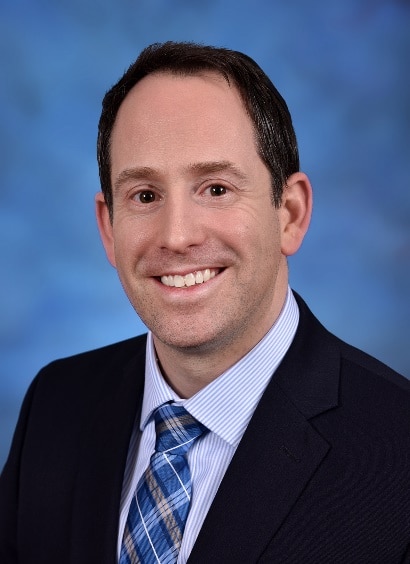 Commentary from Dr. Jared Hershenson (Greater Washington DC), section editor of Pediatric/Fetal Cardiology Journal Watch: Since the 3-stage approach for HLHS was established, there has been a progressive decline in overall mortality and long-term survival has improved. However, there has been increased focus on the interstage period between the Norwood and SPVC due to a high risk of mortality during that time. There have been multiple studies looking at an interstage monitoring program (ISMP), with somewhat conflicting data on whether this reduces mortality. Additionally, there has been a shift in some centers to use an RV to PA shunt instead of a BTT shunt for the Norwood, as well as an earlier stage 2 operation, in order to attempt to decrease mortality during that interstage period. The objectives of this study were to examine an overall incidence of interstage mortality during a 30-year period, evaluate interstage mortality across 4 predetermined eras based on changes in operative or medical management, and to analyze the impact of patient characteristics and operative factors on interstage mortality. Adjusted and non-adjusted logistic regression models were used to identify the risk factors for mortality.

This was a retrospective chart review of 1111 patients that were available for interstage analysis (after excluding those that died or had SCPC before discharge, had biventricular conversion, or heart transplantation) over a 30-year period from 1984 – 2017. 33% had HLHS (MA/AA) and 30% had an HLHS variant. 12% had a suspected or confirmed genetic abnormality. The study period was divided into 4 eras; era 1: 1988-1994 (initial use of SCPC), era 2: 1995-2001 (change in surgical team), era 3: 2002-2010 (introduction of RV-PA shunt), and era 4: 2011-2017 (introduction of ISMP). Overall interstage mortality was 10.8% (120/1111) and decreasing significantly only for the most recent era (4.6%) (see figure 2 and table 2). While age at SCPC decreased over the 4 eras, there was no statistically significant difference for age of death. The authors do note that since the shortest length of time between the Norwood and SCPC was during the same period as the introduction of the ISMP, it was not possible to determine their individual relative contributions.

Birth weight, gestational age, length of stay, genetic abnormality, and race were identified as risk factors using single covariate adjusted (era) logistic regression. A multiple logistic regression model indicated that only gestational age and race were associated with interstage mortality after adjusting for era (see table 4). A secondary analysis was conducted to estimate the relationship between shunt type after adjusting for era, gestational age, use of ECMO, and race, with an improvement in survival in those with RV-PA shunts compared to BTT shunts. Notably, the RV-PA shunt was first used in era 3 accounting for 27.4% of shunt type, and this increased to 50% in era 4.

The risk of mortality significantly decreased by era 4 but it is unclear how much of each factor influenced that change. Is one more important than another or is there an “exponential” influence when all factors are present? Additionally, and especially in the last 5 years, there have been other changes in surgical practice, including improved bypass/perfusion techniques, stem cell therapy, and checklists post-bypass in some centers. Possibly even more importantly, this study did not discuss prenatal diagnosis as a factor that may also improve interstage (and overall) mortality. Future NPC-QIC prospective data may also delineate other factors that may be critical in improving mortality. 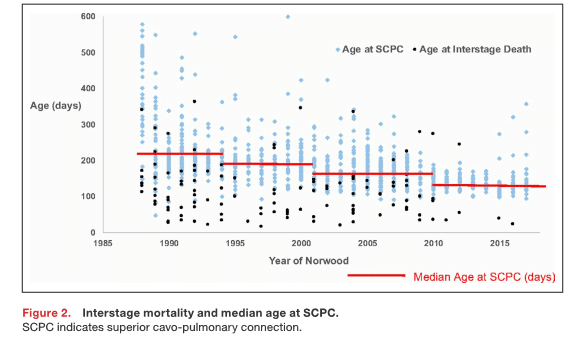 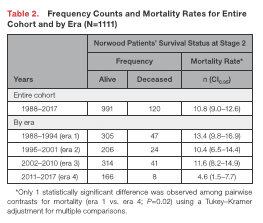 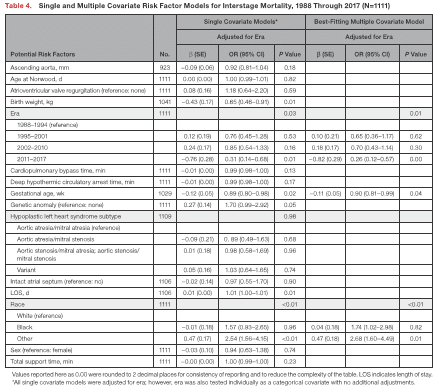