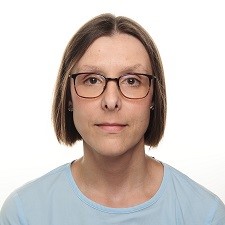 CMR was performed on admission to measure LV function as well as to assess myocardial fibrosis and edema.

In all patients, ejection fraction was normal on admission and none of the patients presented with LV hypertrophy or dilatation. There was a normal pattern of diastolic filling with no evidence of increased LV filling pressure. Global longitudinal strain was reduced in 58% of the patients with the most affected regions being the inferoseptal, inferior and inferolateral segments. CMR imaging revealed a similar regional distribution of myocardial edema. Reduction in global longitudinal strain was associated with a higher percentage of myocardial edema (Figure 2). Echocardiography at discharge demonstrated a full recovery in 13 and persistent subclinical dysfunction in 6 children. Patients with persistent dysfunction were found to have more myocardial fibrosis during a follow up CMR study.

In summary, the authors were able to demonstrate the usefulness of STE in identifying areas of regional (subclinical) systolic dysfunction corresponding to areas of myocardial edema. This relatively small study motivates for further research in this field. 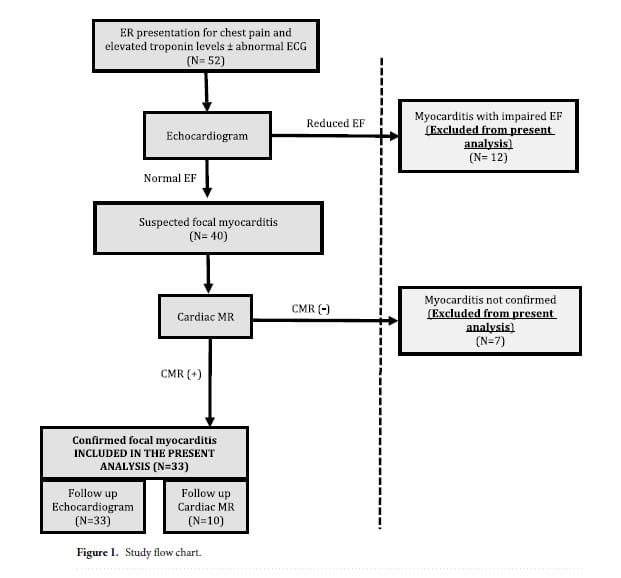 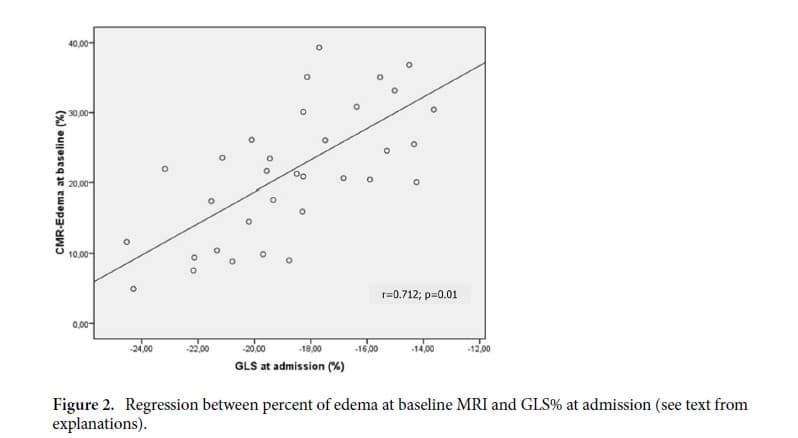