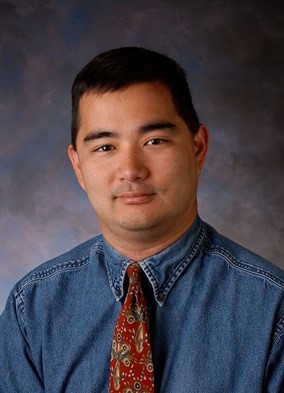 Commentary from Dr. Clifford Cua (Columbus, OH), Section Editor of Pediatric Cardiology Journal Watch:   The California Office of Statewide Health Planning and Development database was used to obtain data on newborn patients born between 2007 – 2012.  Maternal and infant data are linked in this database and ICD-9 codes were used for diagnostic classification.  Significant congenital heart disease (CHD) was defined as a defect that would require surgery within the 1st year of life.  A social deprivation index (SDI) (6 measures of wealth and income) and environmental exposure index (EEI) (levels of exposure to pollutants) were determined at the neighborhood level.  Z-scores for both indexes were obtained for each patient and scores were categorized into 4 quartiles, with 1st quartile being the most ideal situation and 4th quartile being the least ideal situation.

Hierarchical logistic regression was used to determine the association between the main predictors and the primary outcome after adjustment for maternal factors and age of cohort.  Sensitivity analysis was conducted to determine the relationship after excluding single ventricle diagnosis in regions with high prenatal diagnosis.  A mediation analysis was used to test if maternal comorbidities may be in the causal pathway of SDI and EEI.

During the time period studied, over 2 million live births were included in the study.  All individual sociodemographic and environmental factor Z-scores were worse for in the CHD group (7698 infants with CHD studied) compared to the controls.  The odds of live-born CHD were significantly higher among those with increasing SDI and EEI quartile.  Odds were also significantly higher in mothers with comorbidities to have a child with CHD.  These odds still were significant when excluding infants with known chromosomal abnormalities/syndromes (6120 infants with CHD studied).  Odds were also still significant when excluding single ventricle patients to take into account possible bias when evaluating just live-born births.  Odds were 1.48 (1.32 – 1.66) higher for having a child with CHD for those in the 4th quartile versus those in the 1st quartile.  Causal mediation analysis showed that 13% (95% CI, 10 – 20%) of the total effect of SDI/EEI on the incidence of CHD is mediated through the presence of maternal comorbidities with race/ethnicity as confounders in the relationship between maternal conditions and incidence of CHD.

As the authors stated, this study is limited by the use of an administrative database where errors in entry may occur, ~20% of data were excluded due to incomplete data, only live-born infants were evaluated thus true incidence of CHD may be under-reported due to fetal demise/termination, misclassification of pollutants, and no data on timing of exposure to pollutants.

Despite these limitations, this is a large database study that provides intriguing data suggesting how multifactorial variables may play a role in the development of CHD.  Improving the socioeconomic welfare and decreasing pollutant exposure may be another method to decrease the incidence of CHD in the overall population. 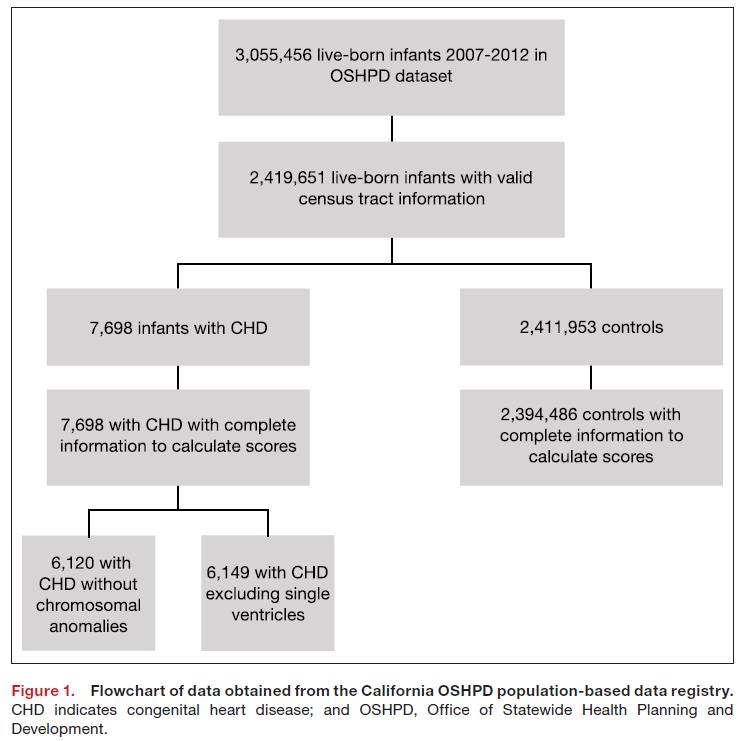 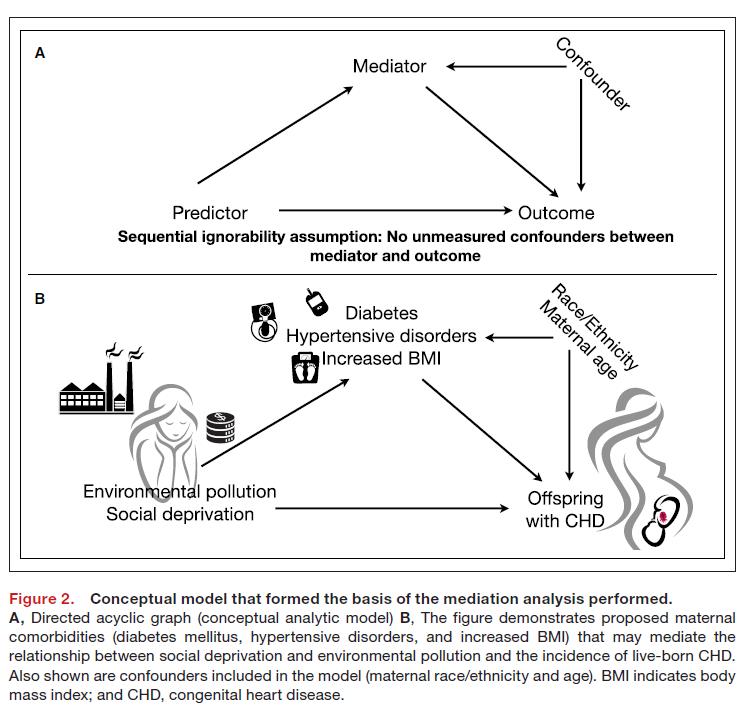 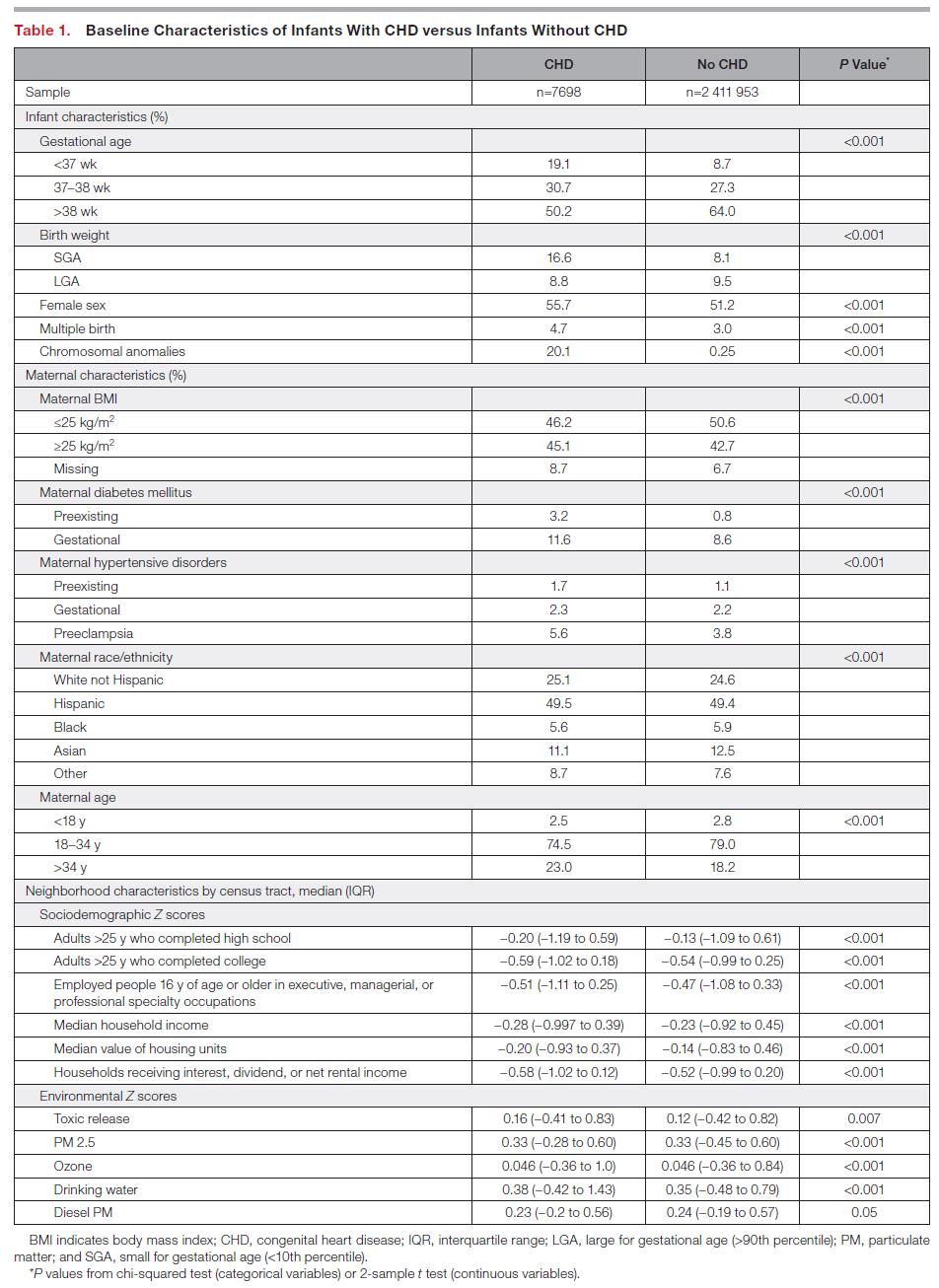 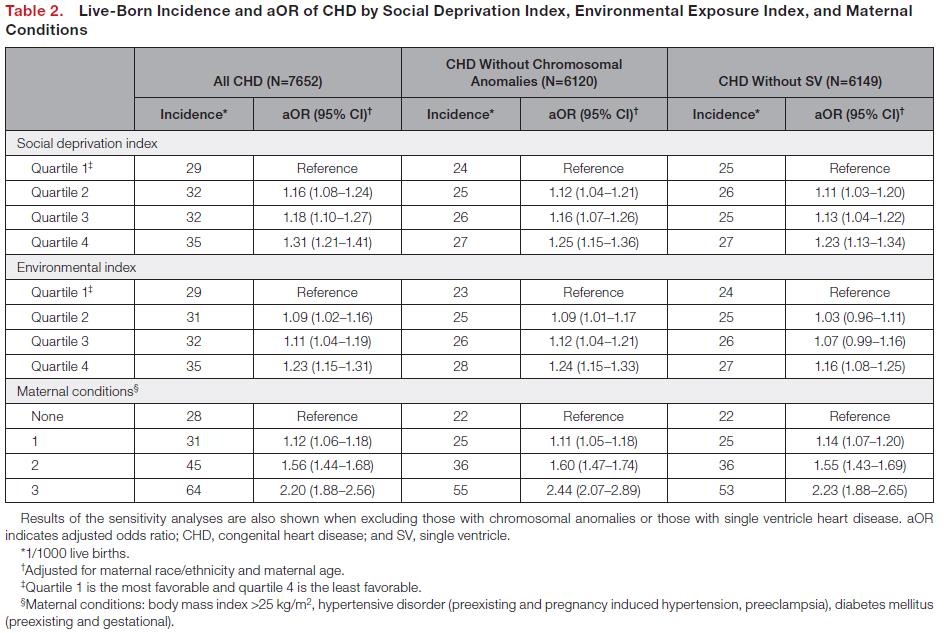 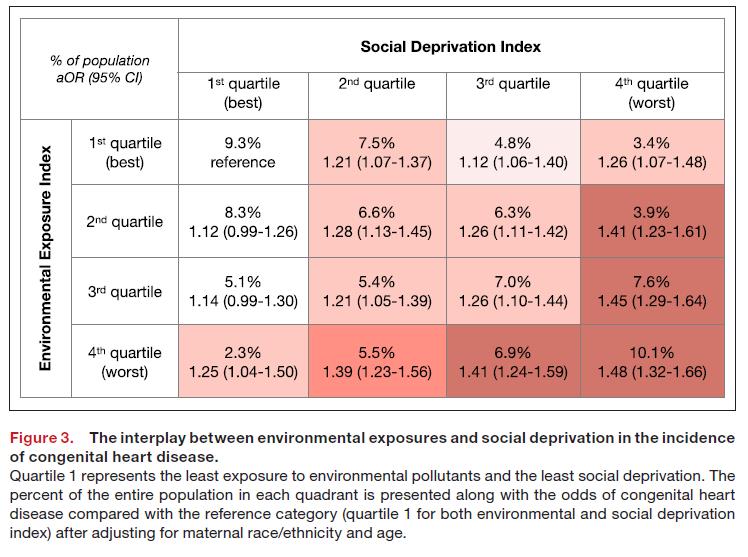