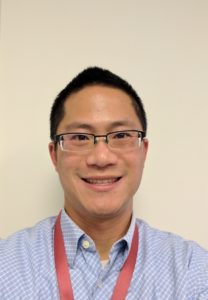 Comment from Dr. Philip Chang (Gainesville, FL), section editor of Congenital Electrophysiology Journal Watch: This study by Schultz et al retrospectively reviewed the diagnostic yield of extended cardiac ambulatory monitoring (ECAM) devices in a single-center ACHD cohort. On the premises that arrhythmias are a tremendous source of morbidity and mortality in ACHD and that diagnostic yield of arrhythmias with conventional (≤48-hour) Holter recording is limited, the authors sought to determine the utility and benefit of longer-duration ambulatory rhythm recording in this population.

The study included all ACHD patients >18yo who underwent ECAM device recording using the iRhythm Zio patch between 6/2013 and 5/2016. The Zio patch is capable of continuous rhythm recording for up to 14 days. Chart review was performed to gather demographic and clinical data, CHD history, ECG findings, echo data, and EP-related care including antiarrhythmic therapy and EP-related invasive procedures. Raw data from the ECAM recordings was acquired from the manufacturer along with the indication for ECAM recording. ECAM data was analyzed to determine when arrhythmias were captured during the recording period, type and burden of arrhythmias, and duration of time that the ECAM was worn. Lastly, the authors gathered follow-up data after the time of ECAM recording to assess for clinical management changes.

A total of 382 ECAM recordings in 314 patients were reviewed. A broad variety of CHD types were represented among the study cohort (including 12% single ventricle, 19% TOF, 10% D-TGA) with median age 31y (25-41y IQR). 33% of patients had known significant arrhythmia history. 10% of patients were on amiodarone or another antiarrhythmic medication (not beta blocker/digoxin). The most common indication for ECAM was patient-reported symptoms in 39% of patients, with an additional 20% having ECAM for a known history of arrhythmias. 28% underwent ECAM for arrhythmia screening only in the setting of CHD.

Arrhythmia incidence on ECAM appeared to be associated with older age (33 vs. 28 years, p <0.0001). Diagnostic yield was also progressively higher if ECAM recording was performed for a history of arrhythmia, history of symptoms, or the combination of both (Kaplan-Meier plot D). Left heart obstructive CHD had the highest incidence of arrhythmias (Kaplan-Meier plot A). Multivariate regression analysis showed age, history of arrhythmia, left heart obstructive CHD, and single ventricle physiology to be significantly associated with arrhythmia recording on ECAM (Table 2). 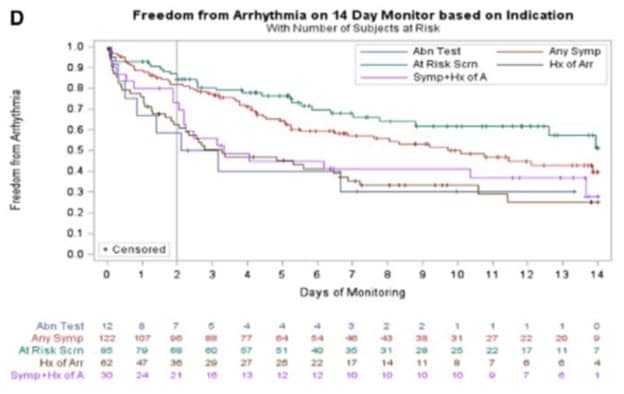 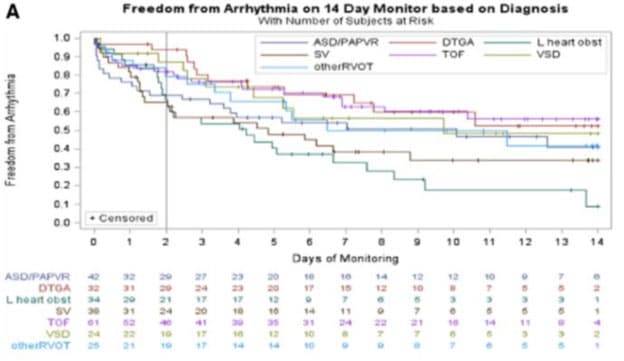 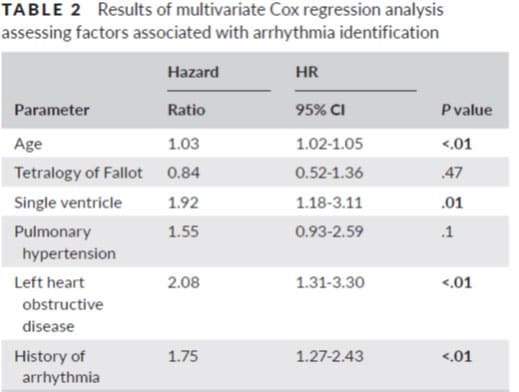 Finally, the authors reported that 32% of patients with ECAM-captured arrhythmias had a care change as a result of the findings. 57% of care changes were made for arrhythmias diagnosed within 48 hours of ECAM recording, with the remaining occurring in cases with arrhythmia recording beyond 48 hours.

Retrospective design and primary cohort selection bias are probably the 2 biggest limitations to this study. The high prevalence of arrhythmias in ACHD is well recognized and one third of this single-center cohort had known history of “significant” arrhythmias with 10% already on antiarrhythmic therapy. As such, it is not surprising that the diagnostic yield from ECAM recording is high. While the authors report that up to a third of patients had management changes and decisions made based on the ECAM findings obtained beyond the initial 48 hours of recording, the majority of patients had no changes made despite high ECAM incidence of arrhythmias among the entire cohort. The authors noted that the true clinical significance and impact of arrhythmias captured beyond 48 hours compared to those noted within an initial 48 hours of recording is not entirely clear. There is lack of clarity in terms of how long the ECAM devices were originally prescribed for vs. how long they were actually worn and no information related to the cost impact of longer-duration recording vs. standard Holter recording. Finally, this study did not evaluate the yield and impact of the Zio ECAM device compared to other forms of rhythm recording including event recorders or implantable loop recorders.

It is worth noting though that arrhythmia incidence increased progressively over the extended recording period and that a large percentage of ECAM’s that eventually recorded significant arrhythmias did so after 48 hours. These 2 findings are certainly in line with other studies that have demonstrated the utility and improved screening efficacy of longer- or extended-duration ambulatory rhythm recording above conventional 24- or 48-hour Holter monitoring. ECAM therefore is of better screening utility and quantification of arrhythmia burden compared to shorter-duration, conventional Holter recording. These will likely prove to be useful in serial and long-term rhythm screening in the ACHD population.