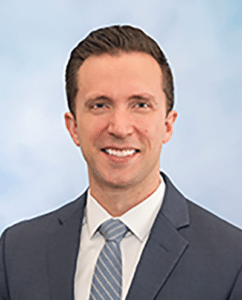 The authors of this study sought to further understand and describe the rates and types of re-intervention following PDA stent implantation, as well as to identify risk factors associated with re-intervention. This was a retrospective, multi-center cohort study through the Congenital Cardiac Research Collaborative (CCRC) which included all infants <1 year of age with ductal-dependent pulmonary blood flow (DDPBF) and confluent pulmonary arteries palliated at <1 year of age with a PDA stent from 1/1/2008 through 11/1/2015. The primary outcome was re-intervention, whether catheter-based on the PDA or surgically to augment pulmonary blood flow.

This study included 105 patients of median age 9 days (5-15) at 1st intervention and weight of 3.2 kg (2.7-3.7). Prematurity was present in 26 (25%) patients. PDA tortuosity classification was 58 (55.2%) Type I and 47 (44.8%) Type II/III. Antegrade PBF was noted in 62% of the cohort and balloon pulmonary valvuloplasty (BPV) was performed either prior to or as a concomitant procedure with PDA stent implantation. Fifty-three re-interventions (7 surgical, 46 transcatheter) were performed in 41 (39%) patients, all but one occurring within 6 months of the initial procedure. Transcatheter interventions included 35 stent balloon angioplasties and 11 additional stent implantations. 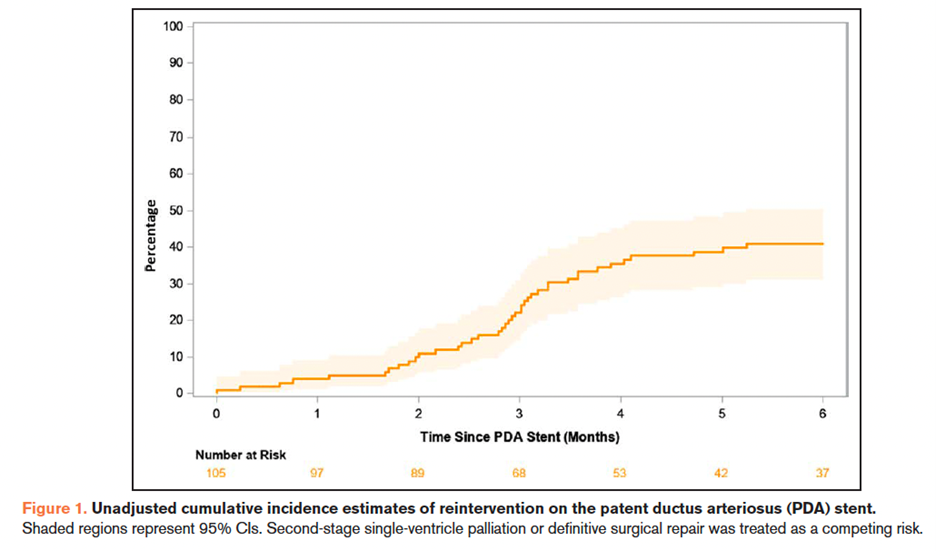 The authors address an important question in this paper, and one that is constantly evolving with new techniques and stent types. Re-intervention is relatively safe and found to be nonurgent in this study. Further understanding of confounding variables in the understanding of the “natural history” of ductal stents will be important and ongoing.