Familial clustering of bicuspid aortic valve and its relationship with aortic dilation in first-degree relatives. 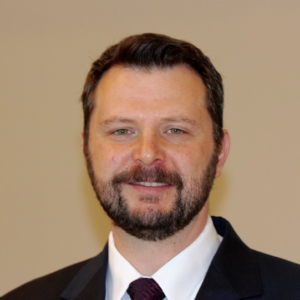 Commentary from Dr. Maan Jokhadar (Atlanta), section editor of ACHD Journal Watch:  In patients with bicuspid aortic valve (BAV), screening of first degree relative (FDR) for BAV is recommended by society guidelines. This is due to the observation of BAV familial clustering, which likely has polygenic inheritance with incomplete penetrance and variable expression. Less known are the inheritance patterns of BAV morphological types or aortic dilation without bicuspid valve in FDR of BAV patients.

Between 2012 and 2015, 852 BAV patients were identified prospectively from 8 Spanish tertiary referral centers and 256 agreed to undergo family screening.  Transthoracic echocardiography was performed on each index case and FDR participant as well as 3 generation pedigree.

BAV was classified by morphologic subtype (fusion of the right-left cusps 73.9%, right-non cusps 23.9%, and left-non cusps 2.2%).  No significant relationship was found among probands and relatives according to BAV morphotype.

The degree of valve dysfunction was described and aortas were considered to be dilated if they were 1.96 standard deviations above the predicted diameter for particular patient. About 48% of FDR with BAV had aortic dilation compared with about 10% of FDR who had trileaflet aortic valve (TAV). Of interest, tubular ascending aorta dilation was more frequent in FDR with BAV 43.5% compared with 7.5% of FDR with TAV.  Conversely, aortic root dilation was comparable in both FDR groups (4.3% with BAV and 2.1% in TAV).

In this cross-sectional, multi-centered, Spanish study, the prevalence of BAV in FDR was 6.4% and a new affected member identified in 14.8% of families.  The subtype of valve morphology did not follow a heritable pattern.  Of FDR with TAV, almost 10% at aortic dilation that was usually mild and more frequently associated with hypertension.  In a subset of patients with aortic dilation and TAV who had CT angiography, 41% were actually found to have subtle bicuspid valve that was not as obvious by echo.

The findings of the study suggest that the familial clustering of BAV is not completely determined by genetic factors.  These findings also suggest that BAV morphology may be less determined by genetic factors and more likely related to epi genetic and/or environmental factors.  Ascending aorta dilation is common in BAV and often occurs in the absence of significant valve dysfunction, which bolsters the genetic/aortopathy theory, though hemodynamic causes for aortic dilation are probably also contributory.

This was a well-designed study but notable limitations include the potential selection bias of patients seen and tertiary referral centers as well as only 30% possible candidates agreeing to participate in the study.  The findings of this study probably support the recommendation to screen first-degree relatives of bicuspid aortic valve patients for bicuspid aortic valve and/or aortic dilation.