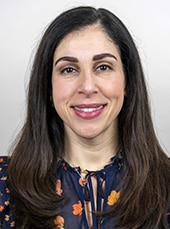 Commentary from Dr. Anne Elisa Cossu, MD, pediatric cardiac anesthesiologist at Children’s Hospital of the King’s Daughters in Norfolk, VA: Pediatric cardiac transplant recipients undergo consecutive invasive hemodynamic catheterizations as part of their routine clinical surveillance to guide treatment, inform prognostic discussion and screen for cellular and humoral rejection. Catheterization in pediatric patients is typically accomplished under moderate sedation or general anesthesia. It is known that hypnotic and anesthetic agents as well as ventilatory conditions can alter hemodynamic measures. However, the degree to which these conditions influence variables measured during cardiac catheterization is unknown in pediatric patients. The aim of this study was to assess the effects of anesthetic agents and ventilation on hemodynamic measures of the pediatric orthotopic heart.

This study sheds light on the potential hemodynamic alterations expected in the presence of different anesthetic and ventilatory conditions. CI was 15% higher with spontaneous versus positive pressure ventilation, supportive of the observation that negative pleural pressure increases cardiac output. Conversely, filling pressures and vascular resistance were less affected by ventilation method versus anesthetic technique. Left-sided filling pressures (PCWP) were approximately 15% lower and SVR 20% higher with moderate sedation versus general anesthesia, irrespective of ventilation mode. These observed differences were small and should inform practitioners that variations in ventilation and anesthetic strategy should not alter diagnostic results radically between one catheterization and another.

The study was observational versus a controlled physiologic experiment and therefore, attempts to explain hemodynamic differences between anesthetized and sedated patients is only speculative. Lower filling pressures in sedated patients could be explained by mild upper airway obstruction and increased negative intrathoracic pressure. In this study, moderate sedation was given by a nurse and perhaps the presence of a trained anesthesiologist may alleviate airway obstruction that may attend moderate sedation. SVR was lower in patients who received general anesthesia, which supports published literature on the vasodilatory effects of general anesthetics. Lack of lower PVR in the patients who received general anesthesia was an unexpected result, as the inhalational anesthetics are known to blunt hypoxic pulmonary vasoconstriction.

Due to the retrospective nature of this study, there may be sources of bias in the study. The authors felt that selection bias and systematic bias were unlikely. However, the anesthetists’ choice of ventilation strategy could have been influenced pre-procedurally by patients deemed to have better or worse hemodynamics. Younger patients were more often managed with general anesthesia and positive pressure ventilation. Another limitation of the study is that there was a gross estimate of anesthetic depth as general anesthesia. Patients allowed to breath spontaneously under general anesthesia could have received less anesthetic agent than those under positive pressure ventilation. Additionally, patients paralyzed with neuromuscular blockers may also require less anesthetic than their nonparalyzed counterparts. As evident from the results, depth of anesthesia surely influences hemodynamic measures. Additionally, the study was not powered to compare different anesthetic regimens in the moderate sedation and general anesthesia groups. The study does not account for sub-clinical changes in patients over time in functional capacity, ventricular function or for medication changes, however the exclusion criteria would have blunted these confounders. As a final point, the study did not record tidal volumes; hyper or hypoinflation could have negatively impacted PVR and right ventricular function.

In conclusion, positive pressure ventilation, irrespective of anesthetic technique, lowers cardiac output but does not affect filling pressures or pulmonary vascular resistance in pediatric orthotopic heart transplant patients. In contrast to moderate sedation, general anesthesia increases left-sided filling pressures and lowers SVR. These differences are quantitatively small and of limited clinical significance, which should be taken into consideration when comparing and interpreting hemodynamic catheterization results.