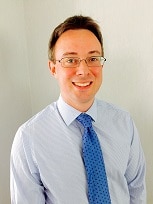 Commentary from Dr. Damien Cullington (Leeds UK), section editor of ACHD Journal Watch: The Danish National Patient Registry (DNPR) is a remarkable epidemiological feat which has collated complete data on all residents living in Denmark since 1977. It contains information on all inpatient and outpatient hospital contacts in Denmark and diagnoses are made according to ICD definitions. Only patients with ASDs deemed to be ‘insignificant’ i.e. unrepaired, small, and with a Qp:Qs <1.5 were included in the analysis.

Between 2015 and 2018, patients remaining alive and aged 18-65 yrs. with an unrepaired ASD (n=361) were invited to undergo further testing – a questionnaire, TTE, spirometry and 6MWT – only 156 patients were included in this more extensive assessment (Fig 1)

Patients with an ASD

2277 adult patients were listed in the DNPR as having an ASD. Of these, just over two thirds of patients (n=1554) had surgical or device ASD closure. The remainder (n=723) had an unrepaired ASD. It is unclear how patients with seemingly small ASDs were diagnosed – often such patients are completely asymptomatic with few clinical signs on examination. It is inevitable that there are many more patients in the general population with small, ‘innocuous’ ASDs which are still undiscovered.

A quarter of patients with an unrepaired ASD (n=182) died at a mean age of death of 63 years (range 0.2-99.1 years). Of note, the mean age at diagnosis of those patients who died was relatively advanced at 53 +/-27 years old. Nearly half of deaths (n=47) were of cardiac aetiology. 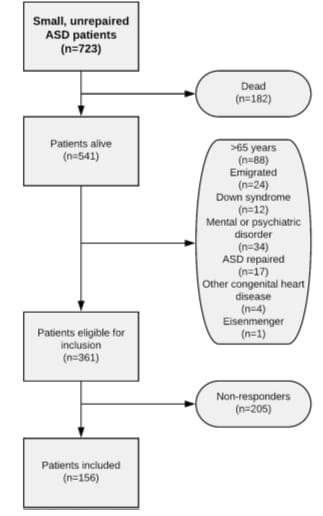 On TTE assessment, most ASDs had spontaneously closed and there were only 30 patients who had small, open ASDs. (Fig 2). Patients who still had a small ASD compared to those who had closed spontaneously, had larger right heart dimensions. No differences were seen in ventricular function, estimated filling pressures or estimated pulmonary pressures. The mean age at diagnosis of this patient cohort was 9 years old.

It is not clear from this analysis why patients with seemingly small, innocuous ASDs, even in those which have spontaneously closed have worse survival, more chronic disease, higher levels of anxiety and worse functional capacity. Continued observation and collection of epidemiological data is required. It is not clear if earlier closure of these small ASDs, often viewed as seemingly benign, can avert these adverse outcomes. Patients with even small ASDs should be followed up longer term to check for any clinical deterioration.

Figure 2. Echocardiographic data from selected patients listed in the DNPR as having an unrepaired ASD (n=153) who subsequently had echo. The ASD had spontaneously closed (n=123) vs remainder open (n=30). 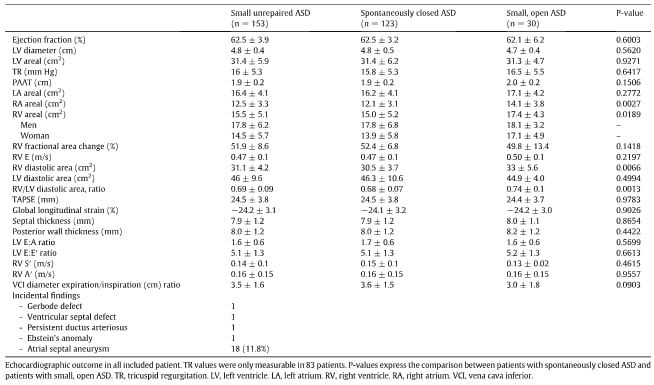