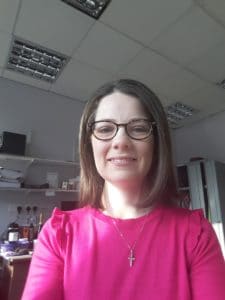 Patients with a Fontan circulation are known to have a significantly increased likelihood of hepatic fibrosis, cirrhosis and hepatocellular carcinoma; a pattern referred to as Fontan associated liver disease (FALD). Multiple factors may contribute to the pathophysiology including chronically raised central venous pressure, hypoxia and low cardiac output.

The pathologists who examined the biopsies were blinded to the patient’s clinical details and scored them according to the Congestive Hepatic Fibrosis Score (CHFS) where scores 0-2b were classed as less severe FALD and 3-4 more severe. This separates fibrosis alone (1-2b) from bridging fibrosis (3) and cirrhosis (4).

A total of 106 patients were included in the study: 69% were Hispanic, the mean age was 14.4 years +/- 3.5 years and 27% met criteria for obesity. The biopsy was taken an average of 10-11 years post Fontan completion. One patient experienced bleeding at the time of the biopsy and this was treated with gel foam embolization. The most common underlying pathologies were hypoplastic left heart syndrome (39%) and tricuspid atresia (17%).

Median follow up post biopsy was 2 years. The Kaplan Meier analysis showed CHFS was associated with reduced survival (p=0.027). Seven patients died during follow up; 2 had CHFS 0-2b and the remaining 5 had CHFS of 3-4. Causes of death included complications relating to placement of epicardial pacing systems, progressive heart failure, sepsis and pulmonary hemorrhage.