Outcomes in adults with congenital heart disease and heterotaxy syndrome: A single-center experience

Outcomes in adults with congenital heart disease and heterotaxy syndrome: A single-center experience. 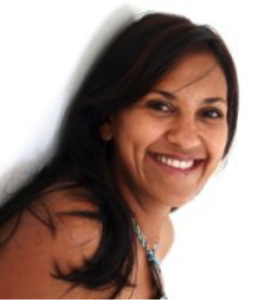 Commentary from Dr. Blanche Cupido (Cape Town, South Africa), section editor of ACHD Journal Watch:   Heterotaxy syndrome is a condition characterized by the abnormal lateral arrangement of thoraco-abdominal organs, and frequently associated with complex congenital heart disease (CHD). Even in the contemporary era, morbidity and mortality remains high. Very little is known about this condition relating to CHD in adults with data currently being extrapolated from paediatric data.

This is a single tertiary center (Texas, US) retrospective folder review of adult patients between 1968 and 2018. They aimed to describe the sociodemographics and clinical outcomes in adult patients with heterotaxy syndrome and congenital heart disease.

Patients were excluded if they had situs inversus totalis, or without thoraco-abdominal laterality defect. The group was then subdivided based on splenic anatomy. A total of 62 patients met the inclusion criteria.

Of the 62 patients included, 29% (n=18) had heterotaxy syndrome with polysplenia (HS-PS), 46.7% (n=29) had heterotaxy syndrome with asplenia (HS-AS). The remaining patients had insufficient data to define splenic anatomy. The median age of the cohort was 22.7 years and 41.9% were female.  Twelve (19.3%) were transplanted or dead – average age of this subgroup was 28.8 years. Three men had fathered children and one female with a Fontan circulation successfully carried a pregnancy to term.

Forty-three patients had single ventricles of which 71% had Fontan palliations.

Twelve deaths occurred in total, 10 were pre-transplant. The overall transplant-free survival was 98.1% at age 20, 83.5% at age 30 and 54.2% at age 40 years. (Figure 1 below). Of all parameters, onlysystemic outflow obstruction neared statistical significance as a predictor for poor outcome. Neither ventricular status, nor HS type predicted survival disadvantage.

Patients were stratified by ‘era’: Early era included those born before age January 1985, and the late era were those born after January 1985. Late era patients had earlier median age of Fontan completion (6.3 vs 15 years, p=0.002).