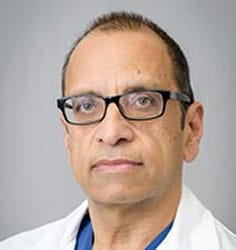 Commentary from Dr. Sana Ullah, a pediatric cardiac anesthesiologist at UT Southwestern Medical Center in Dallas, Texas: Extubation failure rate is around 6-9% for children and around 17% for neonates after cardiac surgery, and is associated with increased morbidity and mortality. There is no consensus or evidence-based optimal strategy for preventing extubation failure in this setting. Typically, patients are extubated to nasal cannula (high flow nasal cannula, HFNC, low-flow nasal cannula, LFNC), or some form of non-invasive ventilation (NIV), such as nasal CPAP with or without pressure support. The exact modality is based on clinician choice, with the NIV method being perceived as providing more support for higher risk patients. There is very little prospective evidence-based data to help decision-making.

In this single-institution, retrospective, matched cohort study, the authors describe the impact of post-extubation respiratory support on patient outcomes and resource utilization. Patients under 6 months of age admitted to the cardiac  intensive care unit (ICU) at Children’s of Alabama hospital after cardiac surgery using cardiopulmonary bypass were included, with those requiring pre-operative tracheostomy, post-operative extracorporeal membrane oxygenation (ECMO),  limited life-sustaining therapy, and/or post-operative death prior to extubation being excluded.

The respiratory modalities were as follows: Positive airway pressure (PAP) included CPAP with or without pressure support or BiPAP. HFNC oxygen support was given at 3 L/min or greater. LFNC was defined as less than 2 L/min of oxygen.  The choice of support was at the discretion of the ICU attending. HFNC was started at 3-6 L/min for neonates and 3-8 L/min for infants, increasing to 8 L/min for neonates and 12 l/min for infants before declaring failure. PAP was initiated with BiPAP, starting with an inspired (iPAP) of 20 cmH2O, expiratory PAP (ePAP) of 10 cmH2O and a rate of 20-30. This was increased to iPAP of 25, ePAP of 15, and rate of 30 before declaring failure. The FiO2 was titrated for all modalities as deemed appropriate by the ICU clinician. Treatment failure was determined by clinical signs (tachypnea, grunting, accessory muscle use, irritability) and evidence of low cardiac output (declining renal NIRS, increasing arteriovenous oxygen and/or CO2 gradient, and/or increasing serum lactate).

There was no set protocol for weaning support. HFNC was typically weaned by the bedside nurse, and PAP was weaned based on respiratory assessment by the respiratory therapist and the clinician according to clinical progression. PAP was generally weaned in a step-wise fashion from BiPAP to CPAP, then to HFNC. Extubation failure was defined as need for reintubation within 48 hours of extubation.

The results are interesting: Out of 245 patients, overall extubation failure rate was 12%, and in the matched cohort, there was no significant difference between the HFNC and PAP groups. Fifteen of the HFNC patients (31%) required rescue PAP at a median of 10 hours after extubation. Three of the patients who received rescue PAP failed extubation at a median of 28 hours. The PAP group (not surprisingly) took longer to wean to both LFNC and then room air, and feeding was delayed by almost 4 days. Perhaps because of this, the PAP group also had a higher rate of G-tube insertions for feeding. There was also increased post-surgical hospital length of stay. And not surprisingly, the PAP group had greater resource utilization in terms of equipment, personnel, lab draws, and sedation.

A major problem with studies like this is selection bias for a particular treatment. In this study, there would be clear selection bias towards clinicians choosing PAP technique in patients they perceived to be at a higher risk of extubation failure. To reduce this bias, the investigators used propensity scores to generate 49 matched pairs where there was no significant difference in patient demographics or treatment factors between the two groups.

Based on this study, despite using propensity scores to minimize selection bias, it suggests that extubating to PAP ventilation using non-invasive techniques may be disadvantageous compared with the much simpler HFNC. However, the decision to select a particular strategy for respiratory support after extubation is quite complex. There are objective parameters such as the respiratory and hemodynamic data, but more so, there are many subjective criteria that the ICU clinician will consider in deciding the optimal support strategy. These include the post-surgical progress and the perceived clinical trajectory of the patient, age and complexity of the operation, possible complications that may have an impact on respiratory function such as vocal cord or diaphragm paresis, sedative and analgesic medications, the time of day as far as weaning support (aggressive weaning may be avoided at night), variability between clinicians, and the paucity of objective criteria on when exactly to intervene when extubation is deemed a failure. Once a more aggressive strategy is begun (i.e. PAP), there is a natural tendency to progress more cautiously as far as weaning support. Extubation failure and subsequent reintubation is associated with more complications, and so there is a strong desire to avoid the “one step forward, two steps back” scenario. Ultimately, until more prospective data becomes available, the choice of post-extubation respiratory support strategy will depend mostly on the bedside clinician taking into account the myriad of patient factors that will have an impact on the eventual success or failure of that strategy.