Pregnancy outcomes in women with a systemic right ventricle and transposition of the great arteries results from the ESC-EORP Registry of Pregnancy and Cardiac disease (ROPAC). 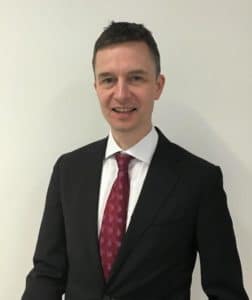 There is uncertainty about how a systemic right ventricle supports the systemic circulation and adapts to the volume changes seen in pregnancy. This is important in patients with transposition of the great arteries (TGA) who have had the atrial switch operation (Mustard or Senning operation) and those who have congenitally corrected transposition of the great arteries (ccTGA), this study helping inform management of pregnancy for these women.

They used an international, prospective, observational registry of pregnant patients with cardiac disease called the European Society of Cardiology (ESC) EURObservational Research Programme (EORP) Registry on Pregnancy and Cardiac disease (ROPAC). They studied all pregnancies in women with a sRV enrolled in this database from January 2007 to January 2018. Baseline characteristics were collected before pregnancy, including echocardiography where available.

Pregnancy outcomes were as in table 2: 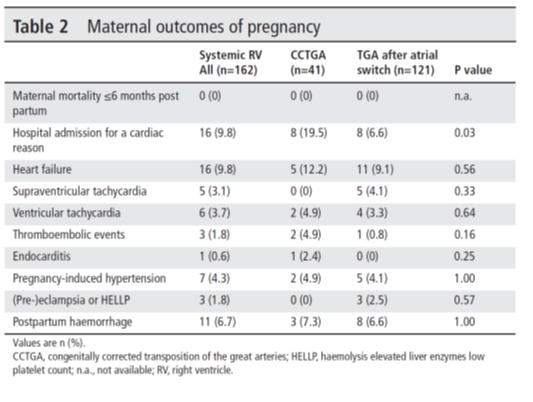 Obstetric and fetal outcomes were as in table 3. 48.5% had a caesarean section and there was 1 fetal death in a woman with TGA, none in ccTGA women. There were no maternal deaths. 26 of the 79 women having a caesarean did so for cardiac reasons, such as reported heart failure (23%) or severity of cardiac disease (34%). 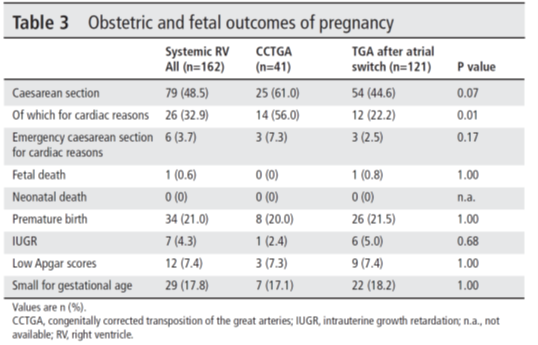 There were 34 premature births with 15 of these induced, 12 spontaneous and 7 unknown. This was not significantly associated with heart failure or NYHA class but was with maternal cardiac medication use (p=0.01). 17.1% of ccTGA women had low birthweight infants, 18.2% with TGA. Prepregnancy signs of heart failure, a RVEF <40% were predictors of MACE, being primigravida reduced the risk, as seen in figure 1:

The authors conclude that the majority of women with sRV tolerate pregnancy well with low rates of MACE and without maternal or neonatal mortality. This was a large prospective study, compared to previous smaller retrospective studies. Numbers were too small for multivariate analysis and obstetric and fetal complications seemed less than that reported in other smaller studies however. Serial echo data was only available on a limited number as a caution. The authors also note that most of the women studied had TGA with palliative Mustard or Senning operation. This will change as the arterial switch operation is the predominant operation now for this condition, with the left ventricle supporting the systemic circulation, and the proportion of woman with ccTGA and systemic right ventricle will proportionately increase.