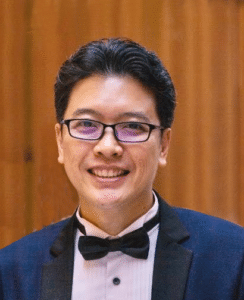 This was a single-center, retrospective study involving 288 patients (mean age: 67 ± 15 years, male: 46.5%) with at least 1 year of echocardiographic follow-up. The study defined moderate aortic stenosis (AS) as an aortic valve area of 1.0-1.5cm2while severe AS was defined as an aortic valve area < 1.0cm2. Meanwhile, rapid ascending aortic (AA) progression was defined as AA dilatation rate ≥+0.50 mm/year. All measurements were made on echocardiogram.

Baseline demographics were shown in Table 1. At baseline, no difference was seen in the severity of the aortic valve stenosis between the BAV and TAV groups. Patients in the BAV groups were younger and had larger aortic root dimensions at baseline. Over the period of 1 year, the progression of the aortic valve stenosis and aortic dimensions were comparable between the groups (Table 2). After 1 year, hemodynamics changes were again, not significantly different between the groups. However, there was a trend toward a higher prevalence of rapid progressors of AA dilatation in the BAV group (p= 0.099). 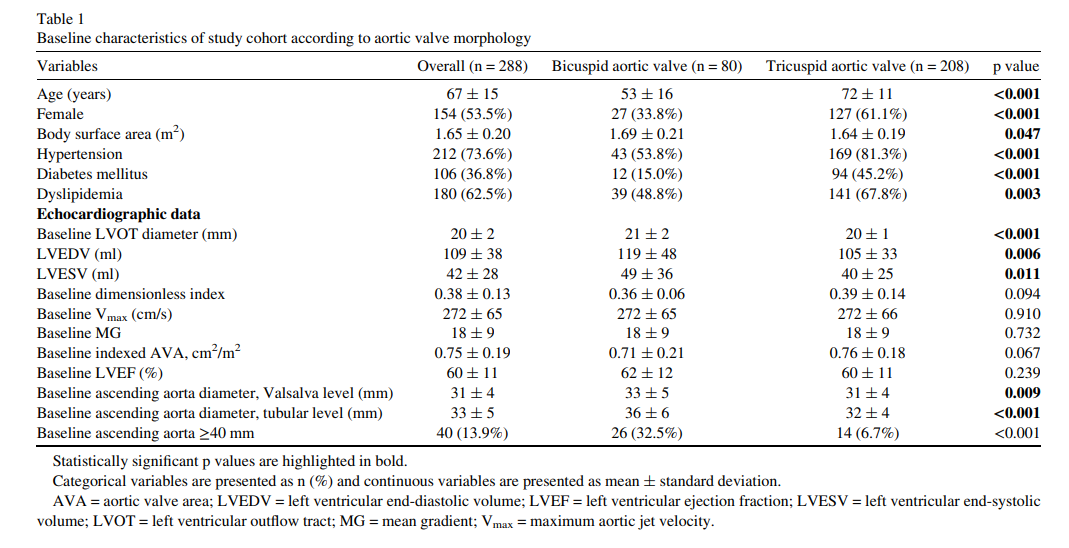 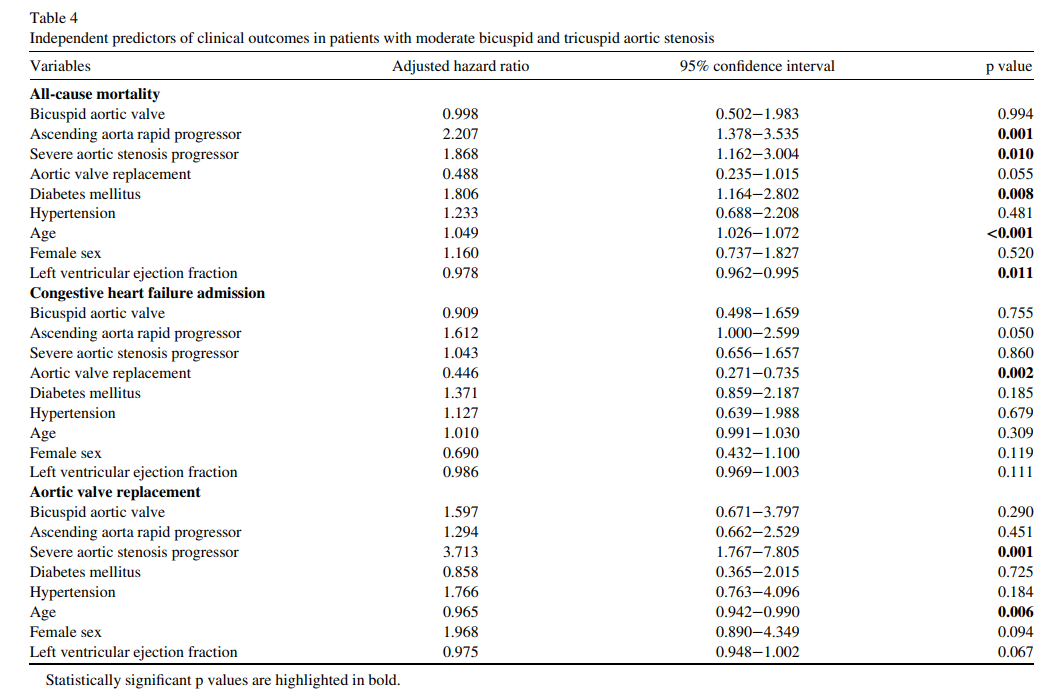 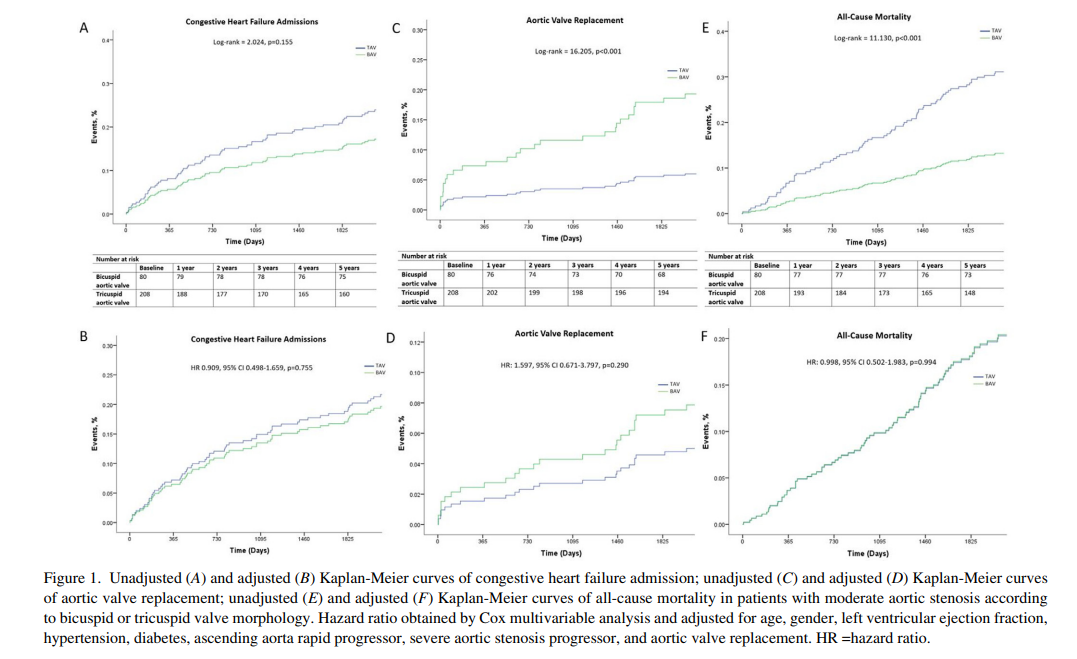 The study highlighted a few salient points: (1) although there was no difference in baseline hemodynamics, patients with BAV had larger aortic root dimensions; (2) over time, there was no difference in the progression of the aortic valve severity between the BAV and TAV groups; and (3) patients with BAV were not at an increased risk of aortic valve replacement (even though the trend suggested so), heart failure and mortality. Patients with BAV may have progression of aortic dilatation at a rate comparable to those with TAV, but they progressed from a larger dimension at baseline and at a younger age underscoring the importance of close surveillance in this particular group of patients. One of the flaws of this study lies in the fact that the aortic dimensions were performed using echocardiogram rather than CT or MRI scans, which were known to have a lower rate of measurement errors (ref).