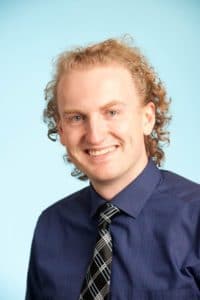 Commentary from Dr. Konstantin Averin (Edmonton), chief catheterization section editor of Pediatric Cardiology Journal Watch: Two valve systems are currently FDA approved for transcatheter pulmonary valve replacement (TPVR) in the US – the Melody valve (Medtronic, Minneapolis, MN) and the Edwards Sapien Valve (Edwards Lifesciences, Irvine, California). There is robust data on outcomes with the Melody valve (up to 10 years follow up) but large series describing even procedural outcomes of 2nd (XT) and 3rd (S3) generation Sapien valve implantation are lacking. In this paper, Dr. Shahanaz and her co-authors report on procedural and short-term outcomes of the XT and S3 valves from a large retrospective unaudited registry – COMPASSION S3 (Evaluation of the Sapien S3 Transcatheter Heart Valve in Patients with Pulmonary Valve Dysfunction).

From January 1, 2008 to August 28, 2019 774 patients from 23 centers underwent attempted TPVR (defined as valve introduced into the body). Technical success (no death or explant within 24 hours) was achieved in 97.4% and clinical success (technical success with less than moderate PR and peak Doppler gradient <40 mmHg) in 89%. Most patients were between 12-50 years of age (78%) with an equal number <12 and >50. Almost exactly half of patients had native/patched RVOTs with the remainder having a conduit or stented bioprosthetic valve. The most common diagnosis was tetralogy of Fallot with a variety of other RVOT pathologies. An S3 valve was used in 78% of cases with an XT used in the remainder. Valve delivery was via the femoral route in 93% of cases and a long Gore DrySeal sheath used in at least 152 (20%) – potentially more as this was not a specific data field. The Gore DrySeal sheath is increasingly utilized to facilitate valve delivery to the RVOT and minimize the risk of tricuspid valve injury. Slightly more patients in the entire cohort had a pre-stent implanted than not (54% v 46%) and in a similar ratio was found in the native RVOT group (59% v 41%).

Of the 20 technically unsuccessful procedures – 4 had a valve introduced but not implanted, 14 had the valve removed within 24 hours, and 2 died from pulmonary artery rupture. Not surprisingly, patients less than 30kg were less likely to have a technically successful procedure (90.4% v 97.9%, p = 0.008). Serious procedural adverse events occurred in 67 patients (10% of those with available data) – 11 (1.7%) with tricuspid valve injury (1/20 using DrySeal sheath); 30 (4.5%) with valve or stent embolization (12 requiring surgery); only 2 patients with coronary artery or aortic root compression requiring urgent surgery and a small number of other complications. Importantly, 9 patients were diagnosed with endocarditis 0.2 months to 16 months post-valve implant (1.7% per patient-year) which is slightly but not significantly better than the rate reported with Melody valve (~2-3% per year).

Acute and limited short-term outcomes after TPVR with the Sapien valve were generally excellent in all types of RVOTs. There are important complications that operators need to consider and take steps to mitigate when possible. The question of whether to pre-stent (especially in native RVOTs) remains unanswered as does the question of endocarditis risk (relative to the Melody valve). It does seem that use of a Gore DrySeal sheath minimizes the risk of tricuspid valve injury and its use should be considered until alternative delivery systems are available.