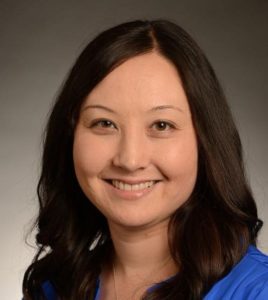 Commentary from Dr. Wendy Whiteside (Ann Arbor MI), section editor of Congenital Heart Disease Interventions Journal Watch: Since the introduction of percutaneous pulmonary valve implantation (PPVI) in 2000, the use and treatment indications of transcatheter valves has broadened substantially, and in many centers, has become the treatment of choice for rehabilitation of right ventricular outflow tract (RVOT) dysfunction. While there has been significant data to support the short and intermediate outcomes of PPVI, long term outcome data is somewhat limited. Georgiev add to this, a large, prospectively collected dataset of their single center experience with meticulous follow-up of up to 11 years.

Between 2006-2017, 236 patients underwent PPVI at the German Heart Center Munich. Follow-up data were available for an impressive 96% of patients (226 patients) over a median follow-up time of 3.9 years (range 2 months to 11 years). Median age at implant was 18 years, median weight 59 kg, with 14% (32 patients) weighing <30 kg. The majority of patients had surgically placed conduits or bioprosthetic valves with 26 patients (11%) having a native RVOT. Given the later introduction of the Sapiens valve, the majority of patients received Melody valves (220 patients, 92.8%) with only 16 patients (6.8%) receiving a Sapiens valve. Pre-stenting was performed in the vast majority of patients (96%) and post-dilation of the implanted valve with high-pressure balloons was performed in 63% of patients.

Seven patients died during the study period—2 patient deaths were directly related to the procedure (uncontained conduit rupture and coronary artery compression) with 4 patients dying at home 3-7 years post-procedure.  Overall survival was 96% at 5 years, and 93% at 10 years. Surgery free survival was 92% at 5 years and 83% at 10 years. At the end of the study period 219 patients (93%) were alive with the initially implanted valve. The remaining 17 patients reached the endpoint of valve failure—10 patients because of stenosis due to infective endocarditis and 7 due to progressive stenosis without infective endocarditis. Of these patients, 11 received new surgical valves and 6 received a second transcatheter valve-in-valve procedure. Significant risk factors for reaching the endpoints of the study (including death or valve failure) were analyzed and the best outcome was seen in patients treated with pre-stenting and who were left with a residual RVOT gradient <15 mmHg.  Survival free from intervention in patients who had pre-stenting and a post-interventional residual gradients <15 mmHg was significantly better than those without (88% vs 56%, see Figure).  In follow-up MRI imaging, RV dimensions and function improved after 6 months and remained stable, and exercise capacity improved slightly after new valve implantation and remained stable at 5-year follow-up.

This study supports the excellent outcomes following PPVI, even with longer term follow-up up to 11 years. Reinterventions are uncommon and are primarily due to valve stenosis, which occurs both with and without infective endocarditis.  This study also supports what many have done in practice—meticulously preparing the landing zone prior to valve implantation with pre-stenting and attention to minimizing residual stenosis—and shows significantly improved outcomes in patients left with RVOT gradient <15 mmHg. 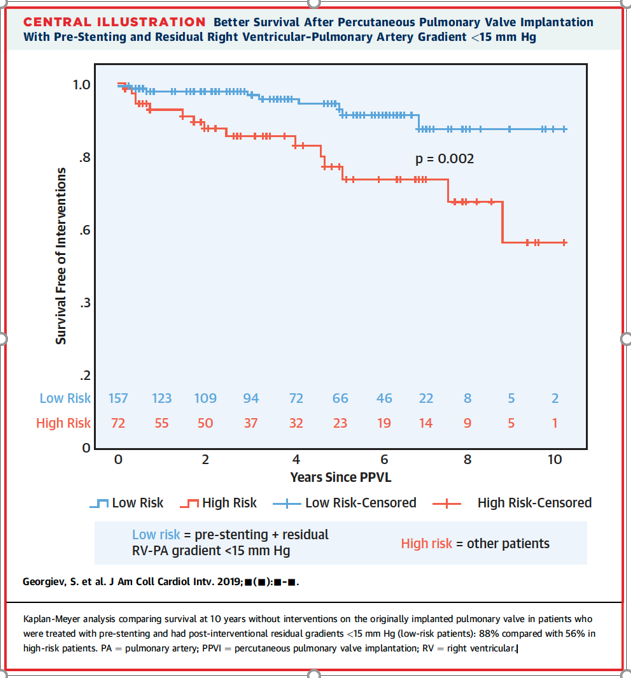