Cardiomegaly on chest radiographs as a predictor of heart disease in the pediatric population. 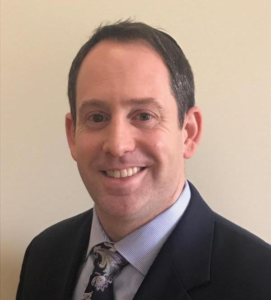 Commentary from Dr. Jared Hershenson (Greater Washington DC), section editor of Pediatric Cardiology Journal Watch:  Cardiomegaly on chest x-ray is not an infrequent reason for pediatric cardiology referral and consultation. False positive diagnoses may be common, with enlargement of the cardiac silhouette often due to other factors such as thoracic wall abnormalities, mediastinal factors (thymus), or technical issues. A small study in 2001 showed that CXR had pretty high specificity and negative predictive value (NPV), but poor sensitivity and PPV. The goal of this study was to determine the PPV of cardiomegaly on CXR in predicting true heart disease, and whether the addition of an EKG and BNP would have utility. They also stratified their results based on patient age.

This was a retrospective chart review of all pediatric patients with cardiomegaly on initial CXR and who had a subsequent echocardiogram within 30 days. A study investigator confirmed the finding of cardiomegaly by recording the cardio-thoracic ratio (CTI) in a blinded fashion. A cut-off of CTI > 0.55 was used as the definition of cardiomegaly, with only those confirmed included in the study. If obtained, EKG findings and BNP levels were recorded, with a BNP > 100 pg/ml considered abnormal. PPV and NPV were calculated for all patients with cardiomegaly on CXR alone, + abnormal EKG, + BNP > 100, + both abnormal EKG and abnormal BNP, and those with normal EKG and normal BNP.  A subgroup analysis excluding those with an abnormal cardiac exam was also performed.

1544 patients out of 282,618 had cardiomegaly on CXR. 1055 were excluded since they did not have a subsequent echocardiogram or they had a known diagnosis of congenital disease, and 37 of those did not meet CXR criteria for cardiomegaly when reanalyzed. 489 patients met the inclusion criteria, with an EKG done in 275 patients, BNP in 176, and both in 122. 31% of patients were diagnosed with structural or functional heart disease or pericardial effusion. The median age of those with heart disease was significantly lower as compared to those without, with patients < 1 year of age most likely to have heart disease diagnosed by echo (see figure 1). See Table 2 for types of heart disease diagnosed. 59% of patients with heart disease had an abnormal CV exam. PPV of CXR alone was 31%, + abnormal EKG was 67.1%, + BNP > 100 was 59%, and if both was 76.7%. In patients < 1 year of age, the PPV for all categories was higher whether or not the physical exam was included (see figure 2). 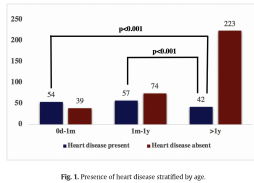 CXR alone as expected did not have a good PPV, and while the addition of an EKG and BNP improved the PPV, 19% of patients still had some type of heart disease and would thus not eliminate the need for an echocardiogram. This is of course clinically relevant, as an echo typically is not done easily in the ER setting, and cost-relevant, as the cost of an echocardiogram is quite expensive as compared to the other tests. Additionally, the authors report that 41% of patients with heart disease had a normal physical exam and did little to increase the PPV. This should probably be taken with some caution, as the expertise in physical exam has been known to have decreased in general, and the ER setting is sometimes not ideal to elicit subtle findings.  Overall, while adding these tests to the patient with cardiomegaly on CXR may help, many will still likely need to be referred for a full cardiology evaluation and echocardiogram.