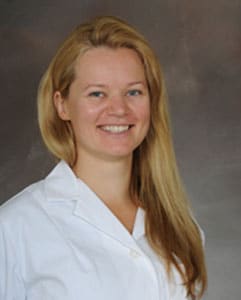 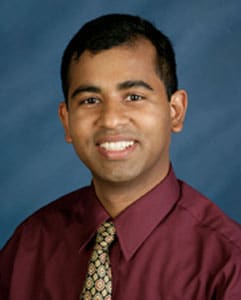 Commentary from Olga Pawelek, M.D. and Nischal Gautam, M.D., pediatric cardiac anesthesiologists at the McGovern Medical School/ Children’s Memorial Hermann, Houston, Texas:  Over the past decade, great strides have been made in the perioperative care of neonates undergoing cardiac surgery to decrease mortality2. Despite this success, failure to extubate after neonatal cardiac surgery remains a significant complication and is reported anywhere between 6-21%3. Extubation failure and prolonged mechanical ventilation impact hospital length of stay and are associated with increased morbidity and mortality. Both modifiable and non-modifiable risk factors, such as hypoxic insults from birth or during surgery, genetic abnormalities, age, weight, and anatomic variants, heavily influence postoperative outcomes such as extubation success and the need for prolonged intensive care 2. These factors along with the high extubation failure rate after neonatal cardiac surgery suggest that a prognostic factor is needed to help determine the timing or readiness for tracheal extubation. Various measures, including neuromuscular function, oxygenation, and ventilation indices, have been examined as potential extubation readiness tools, however they have not been proven reliable.

Gradidge et al.’s results stem from a secondary analysis of prospectively collected cross-sectional data on neonates who underwent cardiac surgery at seven US tertiary children’s hospitals over one year (2015). Baseline or pre-incision cerebral and renal oximetry values using the INVOS oximeter probes were compared to another set in the intensive care unit at a time closest to extubation. Since the analysis was observational, there was not a consistent extubation protocol. Extubation failure was defined as a need for unplanned reintubation within 72 hours of planned extubation.

What does this mean for us?

Staged weaning from mechanical ventilation consists of measuring the potential cushion in the cardiopulmonary reserves to accommodate for the increased oxygen consumption from the work of spontaneous ventilation. In neonates tottering on the margins of critical oxygen delivery when oxygen extraction is at its maximum, especially in the heavily auto-regulated areas of the brain, it is not unusual for the mixed venous oxygen saturation to be lower at the time of extubation. Once the noxious stimulus of the endotracheal tube is removed and considering adequate pain control, it should be expected that the oxygen consumption and extraction decrease and the oxygen supply/consumption ratio is restored above anaerobic or critical levels. Given these assumptions, should a change in regional oximetry from baseline at the time of extubation be predictive of extubation success? The authors confirm that extubation failure after cardiac surgery is indeed high, and that 1 in 10 neonates will fail extubation after cardiac surgery. One of the significant takeaways from Gradidge et al. study is that there potentially exists a feel-good factor for extubation success when a ≥ 5% positive change in cerebral oximetry is observed at the time of extubation. This positive change metric was 98% predictive in determining extubation success. This high level of specificity could add another parameter to the checklist for extubation readiness.

However, some major limitations need to be addressed before we consider this metric as a tool for extubation. In this study, more than 50% of the neonates were extubated successfully even when this magnitude of change in oximetry was not present.  Why did the metric fail to predict extubation in these patients?  Similarly, why was the negative predictive value low for this metric? There could be many reasons for these observations. The data analysis was based on a prospective observational study and had many limitations based on the accuracy of the NIRS technology, especially during states of agitation and wakefulness.  The secondary analysis was not adequately powered for this outcome.  The retrospective nature of the study could have led to convenience-based sampling bias. There was no standardized extubation protocol or a re-intubation protocol across the seven centers. This lack of standardization of the weaning process could lead to significant differences in patient management across the centers and therefore result in variable outcomes. Lastly, the authors compare baseline values, when neonates were intubated, deeply sedated, well-oxygenated/ventilated, to values at the time of extubation, when neonates were nearly awake or agitated. In the postoperative period after neonatal cardiac surgery, the cerebral metabolic oxygen consumption rate is increased and can last many days. It is possible that the brain auto-regulates by increasing cerebral oxygen extraction, therefore expected increases in cerebral regional oximetry may not occur even if corrective surgeries increase systemic oxygen saturation. To validate this, a recently published prospective observational study5 analyzed oximetry changes after the correction of cyanotic congenital heart disease. Wong et al., observed that although the systemic oxygen saturation increased significantly to near normal values after correction of cyanotic heart disease, the cerebral and renal oximetry values did not increase but rather decreased compared to baseline at the time of discharge.

In conclusion, cerebral NIRS monitoring and change from baseline may be predictive of extubation success and used as one of the factors during assessment of neonates’ readiness to extubate. Future prospective trials powered to study the impact of regional oximetry as a tool for extubation readiness should be encouraged.