Background: Conotruncal heart defects (CTDs) are a group of congenital heart malformations that cause anomalies of cardiac outflow tracts. In the past few decades, many genes related to CTDs have been reported. Serum response factor (SRF) is a ubiquitous nuclear protein that acts as transcription factor, and SRF was found to be a critical factor in heart development and to be strongly expressed in the myocardium of the developing mouse and chicken hearts. The targeted inactivation of SRF during heart development leads to embryonic lethality and myocardial defects in mice.

Methods: To illustrate the relationship between SRF and human heart defects, we screened SRF mutations in 527 CTD patients, a cross sectional study. DNA was extracted from peripheral leukocyte cells for target sequencing. The mutations of SRF were detected and validated by Sanger sequencing. The affection of the mutations on wild-type protein was analyzed by in silico softwares. Western blot and real time PCR were used to analyze the changes of the expression of the mutant mRNA and protein. In addition, we carried out dual luciferase reporter assay to explore the transcriptional activity of the mutant SRF.

Conclusion: These results suggest that SRF-p.G274D and SRF-p.G294C may have potential pathogenic effects. 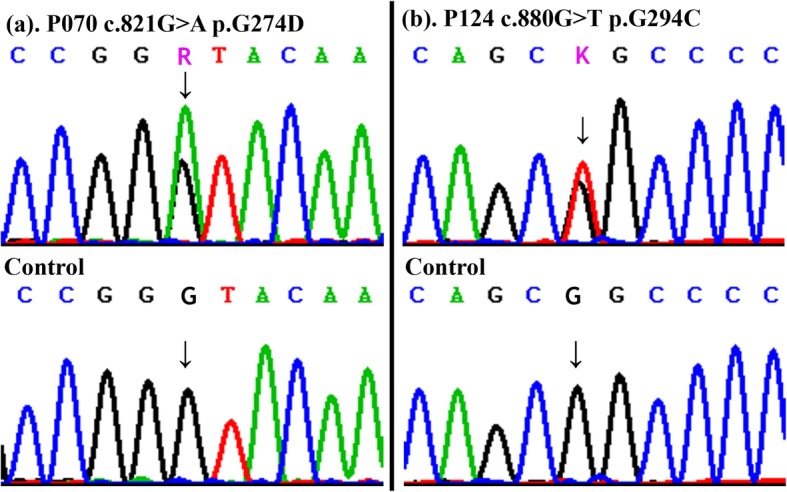 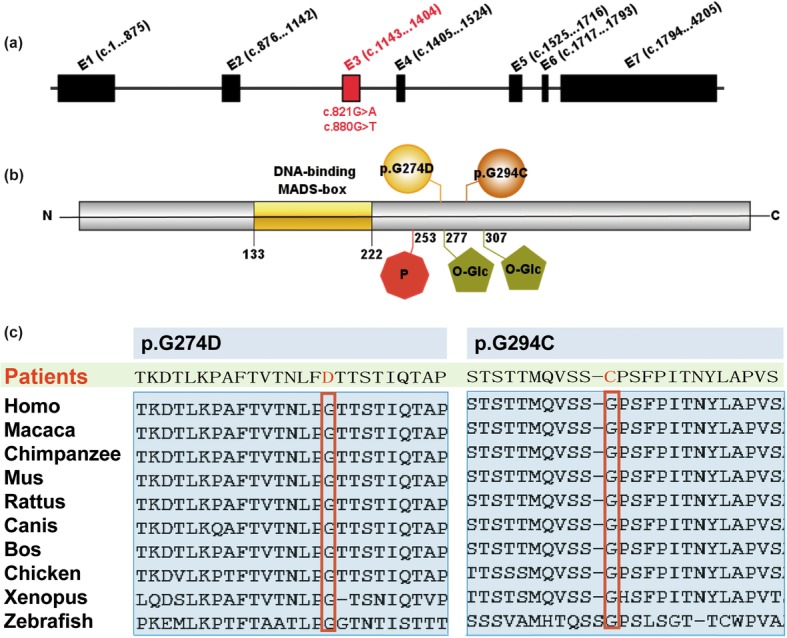 Fig. 2 Schematic representation of SRF gene and protein. SRF gene is 10.212 kb and contains seven exons. a and b Diagram shows the nucleotide variants (a) and amino acid mutations (b) of SRF identified in our study cohort. (red octagon containing “p” stands for phosphorylation site; green pentagon stands for O-Glycosylation sites). c. Alignment of SRF amino acid residues among different species indicating the level of conservation

Fig. 3 Western blot (a) and RT-PCR (b) showed there were no obvious differences in protein and gene expressions between mutant and wild-type SRF in HEK293 cells. Anti-SRF antibody and anti-actin antibody (internal control) were used as the primary antibodies. (WT: wild-type, Mut1: p.G274D; Mut2: p.G294C; Blank: pcDNA3.1(+) vector) 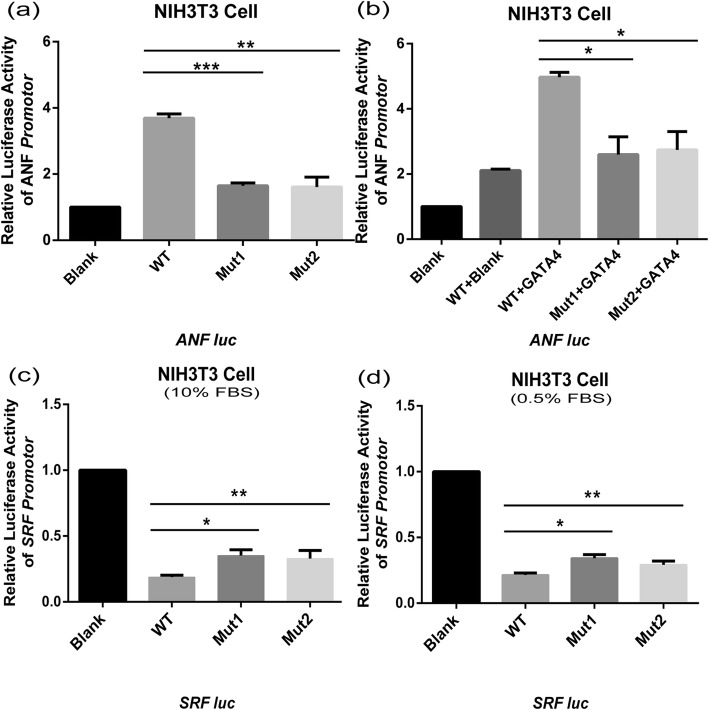