TBX4 variants and pulmonary diseases: getting out of the ‘Box’

Purpose of review: In 2013, the association between T-Box factor 4 (TBX4) variants and pulmonary arterial hypertension (PAH) has first been described. Now – in 2020 – growing evidence is emerging indicating that TBX4 variants associate with a wide spectrum of lung disorders.

Recent findings: TBX4 variants are enriched in both children and adults with PAH. The clinical phenotype associated with a TBX4 variant seems to be milder than that in other PAH-associated gene mutations. Further, TBX4 variants have increasingly been associated with a variety of clinical and histopathological phenotypes, including lethal developmental parenchymal lung diseases such as not only acinar dysplasia in neonates, but also less outspoken parenchymal lung diseases in children and adults.

Summary: The clinical phenotype of a TBX4 variant has recently been recognised to expand from bone disorders to different types of lung diseases. Recent data suggest that variants of TBX4, a transcription factor known to be an important regulator in embryonic development, are not rare in both children and adults with PAH and/or developmental parenchymal lung diseases. 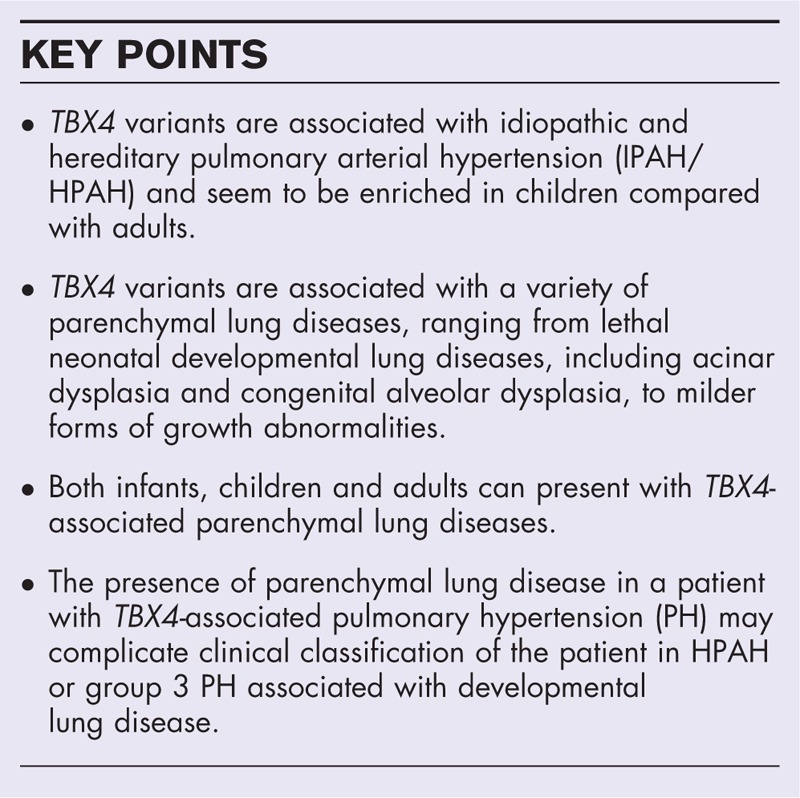 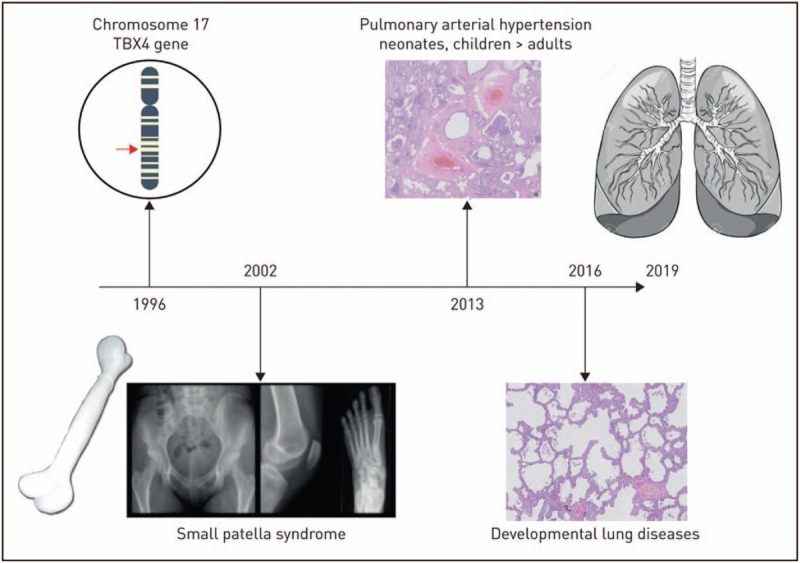 FIGURE 1 Timeline of the expanding clinical phenotypes of TBX4 variants since the discovery of this gene in 1996. Reproduced with permission from [21].

FIGURE 2 Lung histopathology of a patient with acinar dysplasia. (a) Lung from the infant’s autopsy, showing an immature appearance for gestational age with no saccular structures or alveoli. (b) Higher power demonstrating abnormal acinar structures with abundant intervening mesenchyme (hematoxylin and eosin). Reproduced with permission from [42].